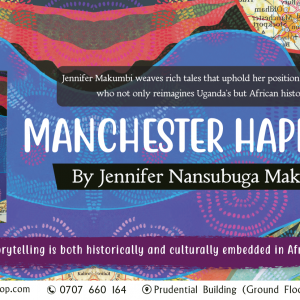 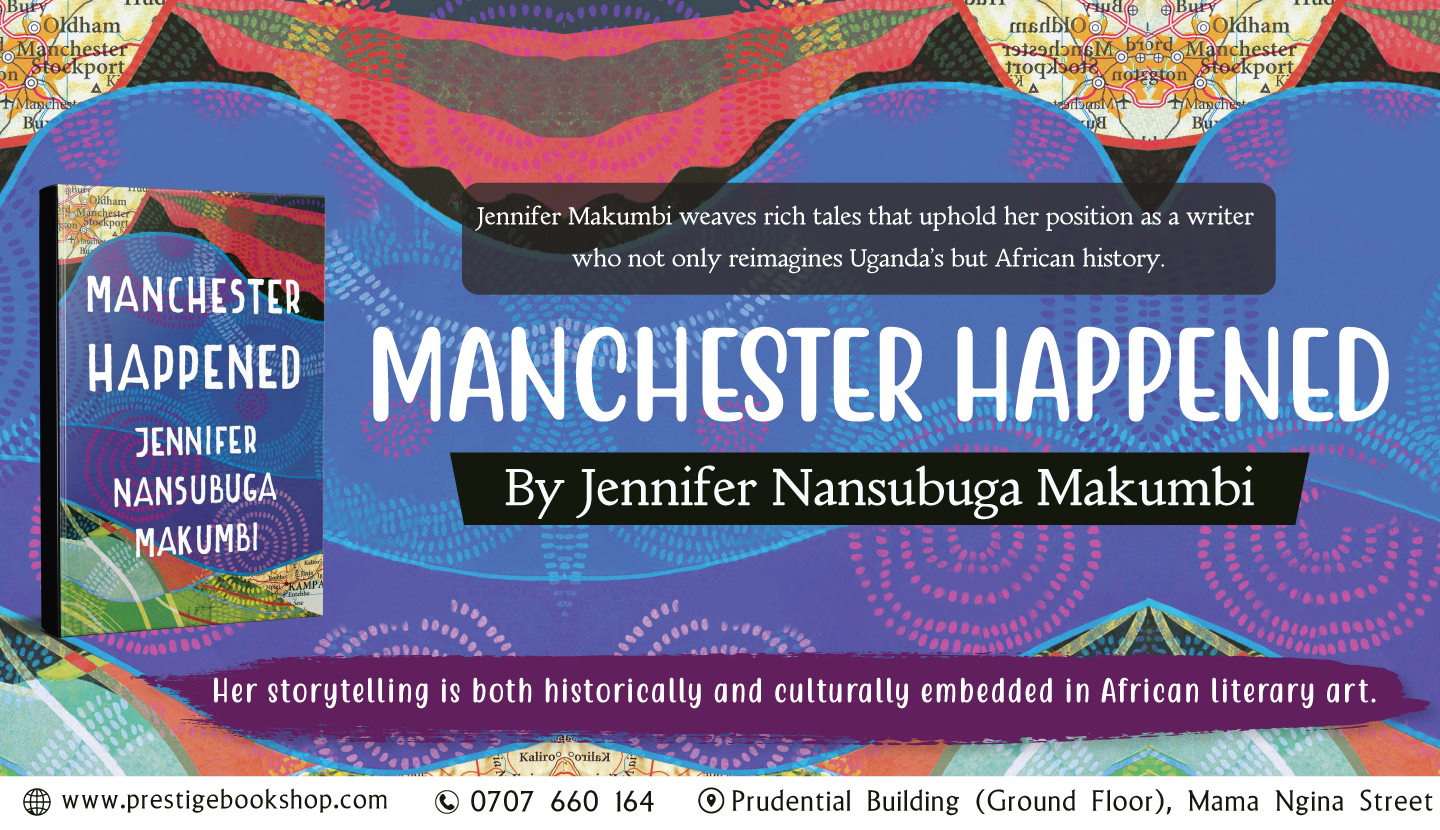 Last week, Jennifer Makumbi, the internationally acclaimed writer of Kintu, launched her second book Manchester Happened in Nairobi, Kenya. This began her long awaited East African tour that was set for May. She started with Nairobi on the 9th and 10th of May, immediately traveled to Kigali, Rwanda on the 11th of May and is currently in Uganda for the writer’s conference until the 17th of May.

It comes as no surprise, that Jennifer Makumbi chose to launch her book in Nairobi. She has always had a deeply rooted love relationship with Kenya. Her first book KINTU won the Kwani? Manuscript Project in 2013. It was then published and marketed by the Kenyan publishing house. Her career in that way began in Kenya, though she is very particular about being mindful to her Ugandan audience because for her in every sense if the word, Uganda is home. Now she has come full circle by doing the very first launch of her second book Manchester Happened in Nairobi! She graced us with this honour by starting her East African tour at Zukiswa Wanner’s Artistic Encounters and then being featured at Prestige Bookshop’s book-signing and one on one author-reader interactions the following day. 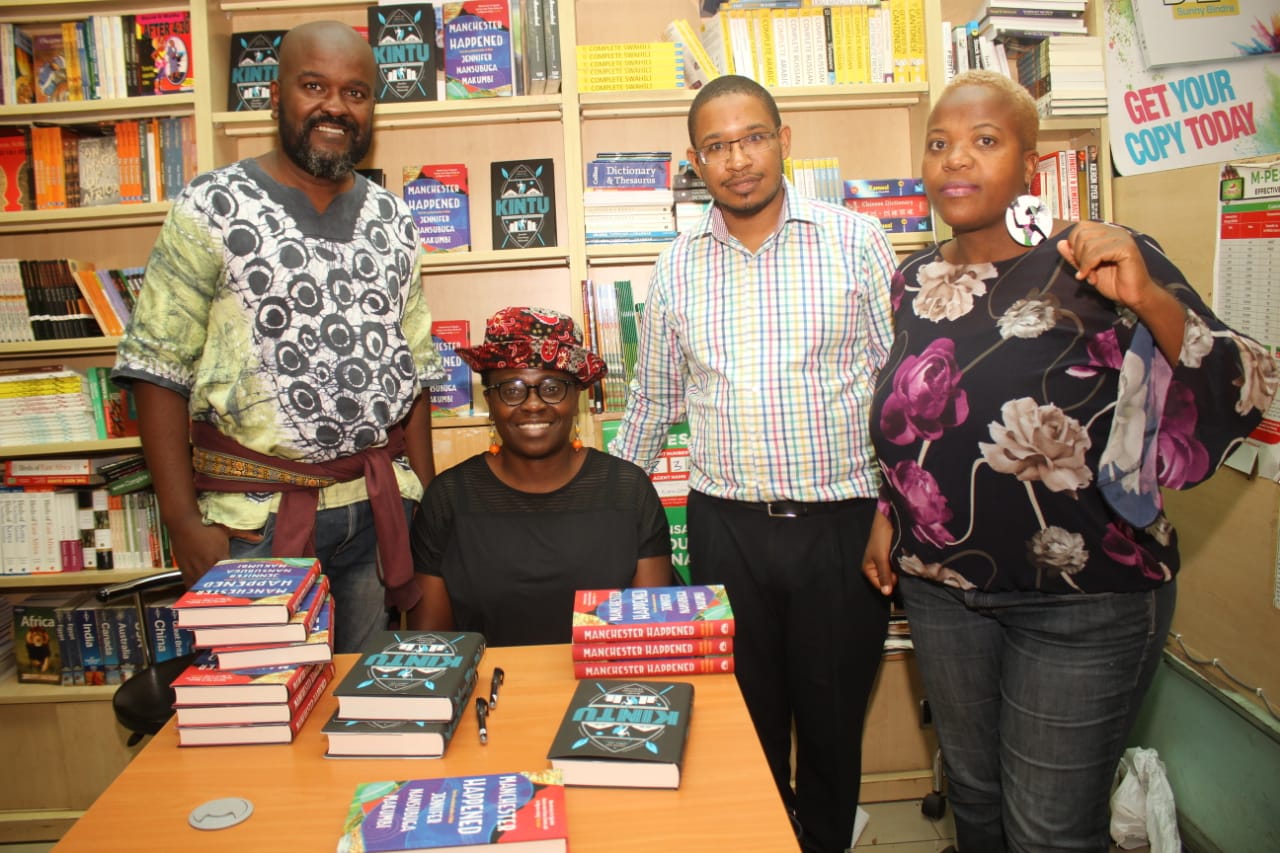 The first thing one notices about Jennifer is how she comes in without drawing attention to her presence. There is something incredibly unassuming about Jennifer Nansubuga Makumbi; this big shot break-out Dr. Writer from Uganda. It takes you by surprise, the rootedness around her. In English we term it as “down to earth.” But it feels more than that. As if she carries the solidity of the earth in her. Immediately Makumbi starts speaking, you hear the British influence in her accent and yet she has retained her natural vocabulary through and through, as though she never left Uganda 17 years ago to go and live in the UK. 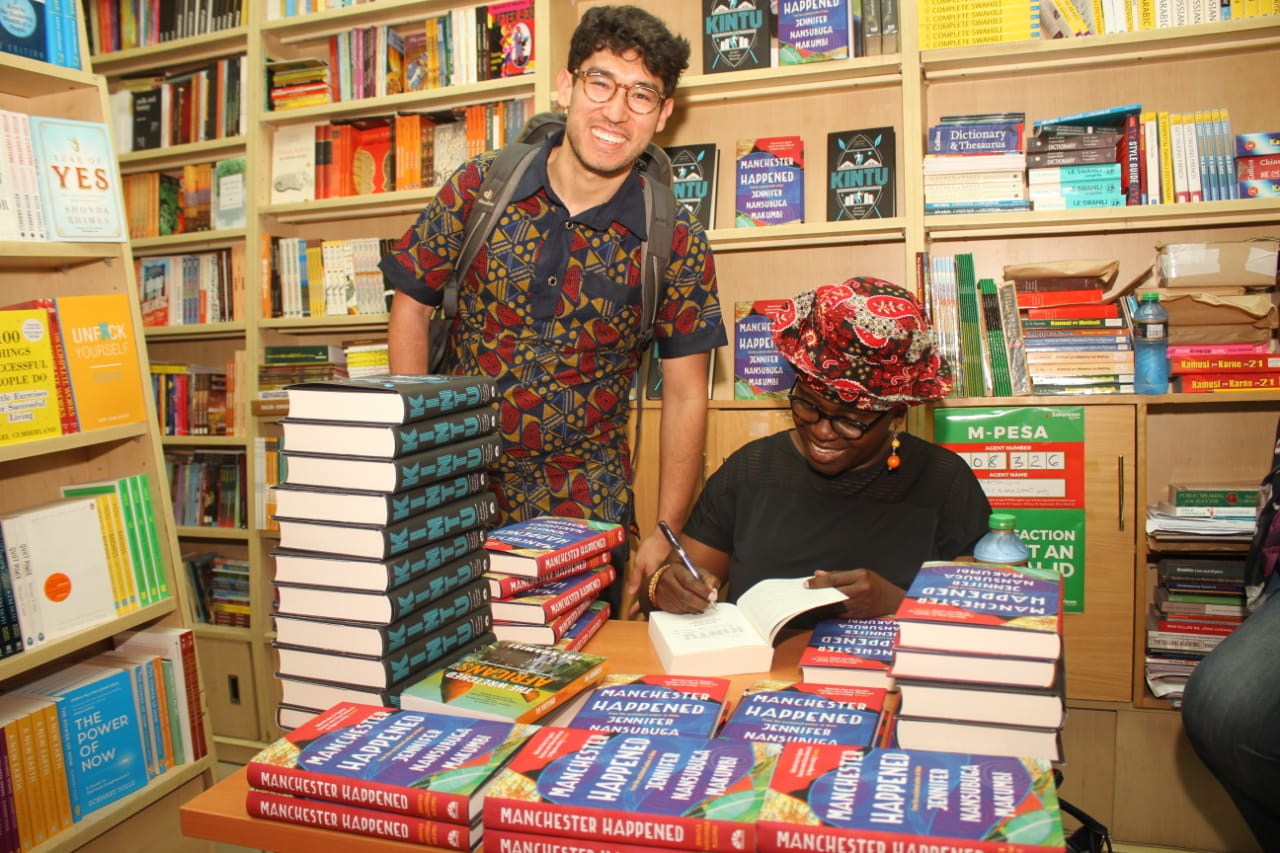 She is charming. From the very moment she starts speaking, you are drawn in by her language and the words swirling about her tongue. For an East African, she sounds like home. You can see home in her writing as well. Jennifer does not make her characters or her dialogue anything that they do not want to be.

Originally, her first novel Kintu, was rejected by Western publishers for being “too African”. As if such a thing exists. Her mannerisms tell you she would scoff at the notion. What is to be too African? It is like telling Shakespeare his literature is too English. If you are English, you are prone to writing about the English, if you are African, you are prone to writing about Africa. To say that one is too much of something assumes that there is a universal that is not too much of anything. That begs the question, what literature has a right to claim universality over all the others? 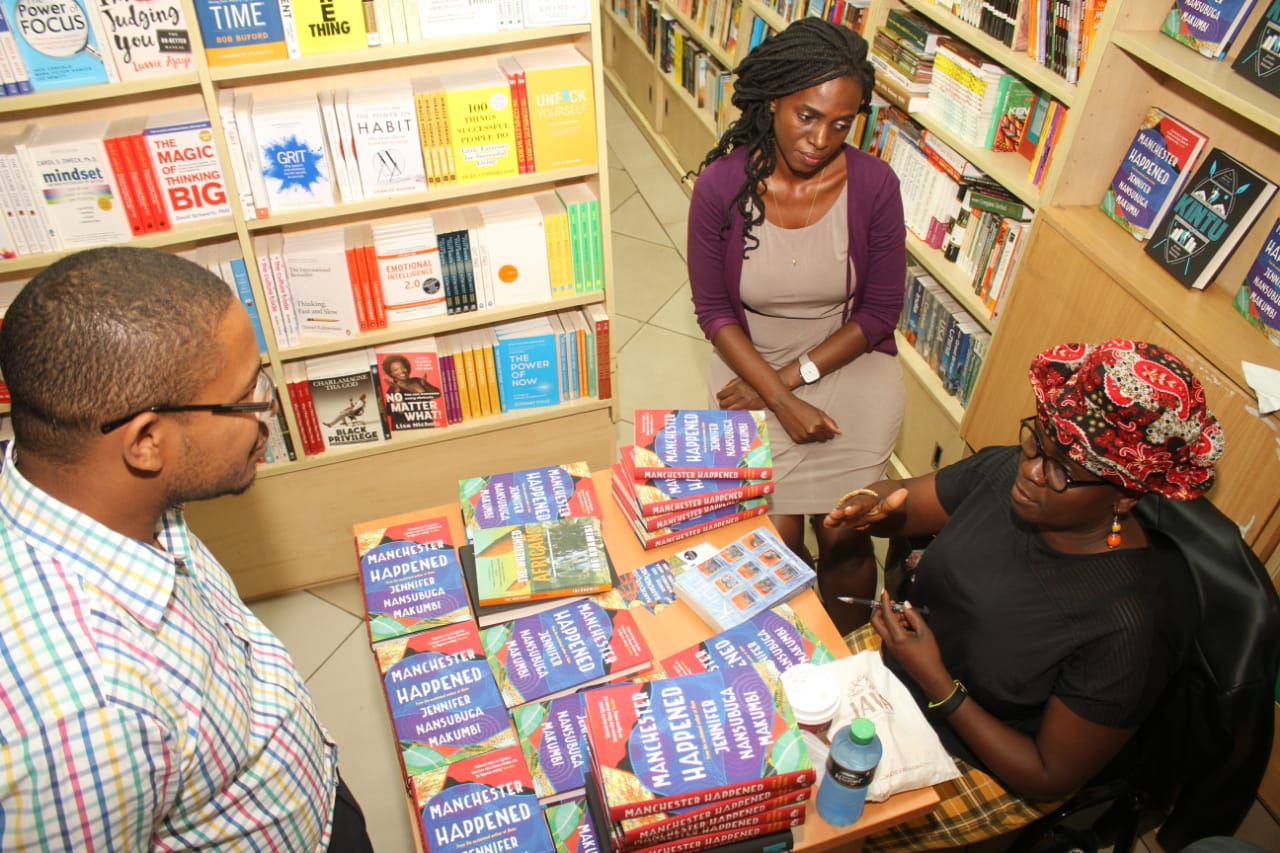 Thank Heavens, Makumbi never listened to her naysayers and continued to write through her rejections. Since that time, she has quickly become a household name in African literary circles. Makumbi’s stories are not only African, they are unabashedly Ugandan. She tells stories from her direct history and if we are honest, aren’t those stories the most honest and necessary stories? Her stories have an uncanny way of making you feel seen while simultaneously making you giggle your heart out. She translates every-day Ugandan syllables and quirks into her stories so effortlessly, you assume you have always understood their meanings. Yet she coaxes her readers into the context that guides the dialogue so we are not alienated from it. 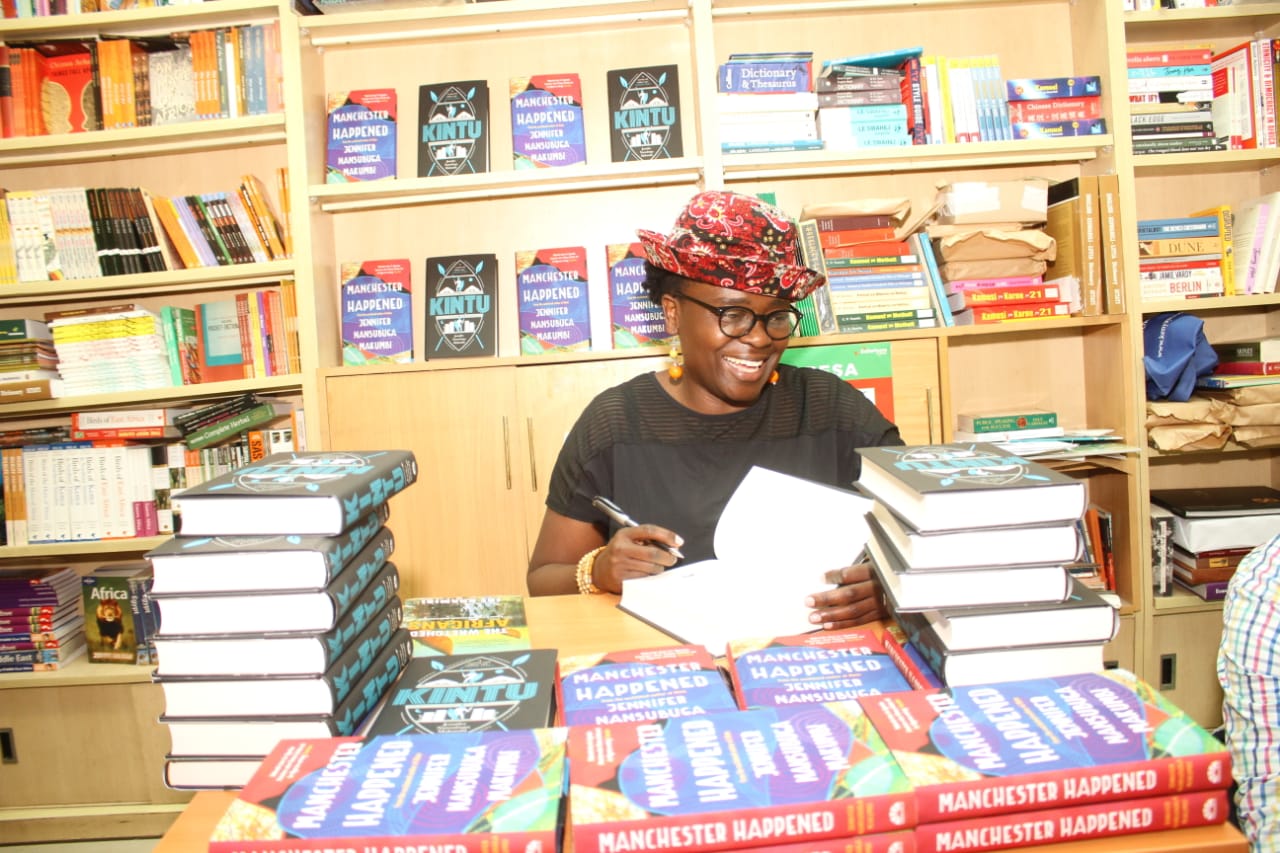 Jennifer carries her humour into her conversation. When she speaks to an audience, it is no surprise there are periodical bouts of laughter. In an almost distracted way she mentions to us, “the British parties interested in anti-immigration should sponsor my book because I am basically telling people not to come to England… Life there is hard.” Funny lady.

In her latest collection of short stories Jennifer speaks to the struggles of immigration. She humorously shares frustrating experiences that a lot of Africans in the diaspora would relate to. One example she picked to share with us is from the experience of Nambassa who is the protagonist of the title story for the collection.

Nambassa narrates to her reader, “As for getting jobs, with a name like Nambassa the first interview was on the phone to weed out nightmarish accents. If the interviewer started saying, “I Didn’t catch what you said… can you spell that word for me please, you knew you’d failed. So you swallowed your pride and went to a nursing home.”

In another story titled Let’s Tell This Story Properly –which won the Commonwealth prize in 2014- Jennifer catches her readers’ attention from the very beginning in her comically gripping manner, “Kayita died in the bathroom with his pants down. He was forty-five years old and should have pulled up his pants before he collapsed. The more shame because it was Easter. Who dies naked on Easter?” 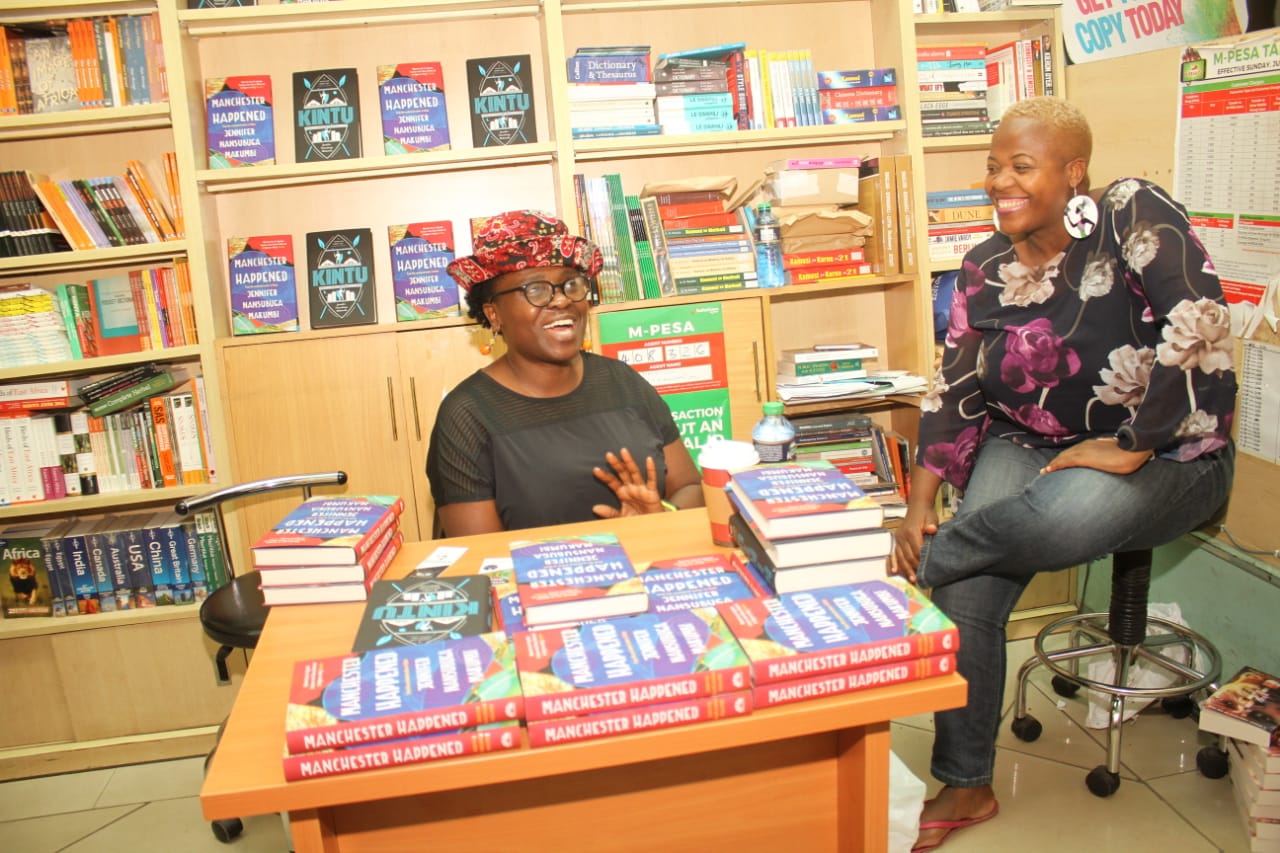 But as much as Jennifer’s tone is light in her recent collection of short stories, they are also very evidently indirectly political. You cannot run away from the searing undertones of alienation, struggle with identity, and finding home away from home. Jennifer’s stories remind us the validity of our collective and individual experiences.

Heavily influenced by Luganda oral literary tradition, her stories are a whirlwind of African spirituality, history, and mythology intertwined with every day existence. When you have a conversation with Jennifer, she looks at you in the eye and excitedly builds up the conversation, carrying you on the journey into her process as a writer. Every once in a while she scribbles on a notepad. Something she has seen, something she has heard, an idea inspired by the conversation you are having that she will use for her next novel. 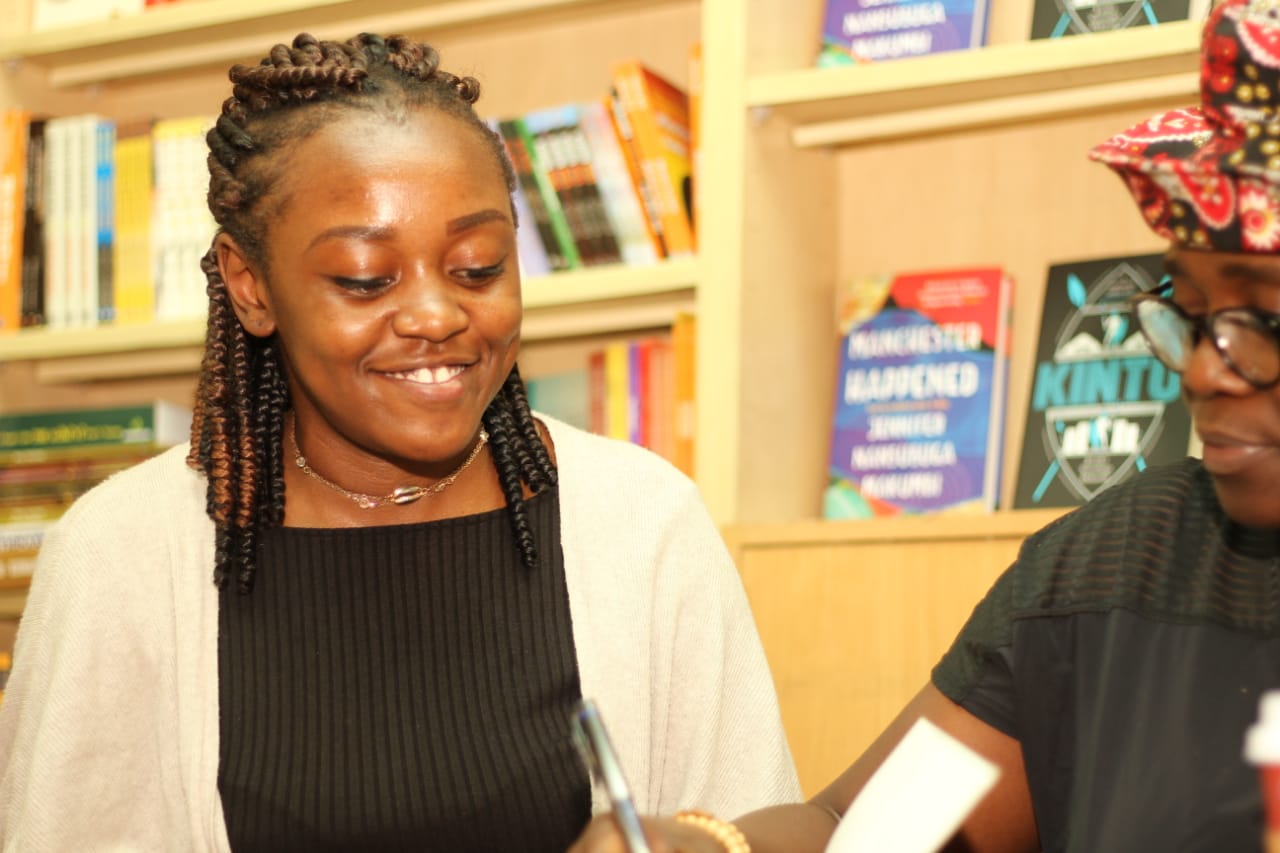 How Jennifer makes us all feel

She leaves you feeling like you are part of something bigger than yourself. And even more than that the one thing that Jennifer Nansubuga Makumbi and her stories share in common, is the ability to leave you feeling seen. 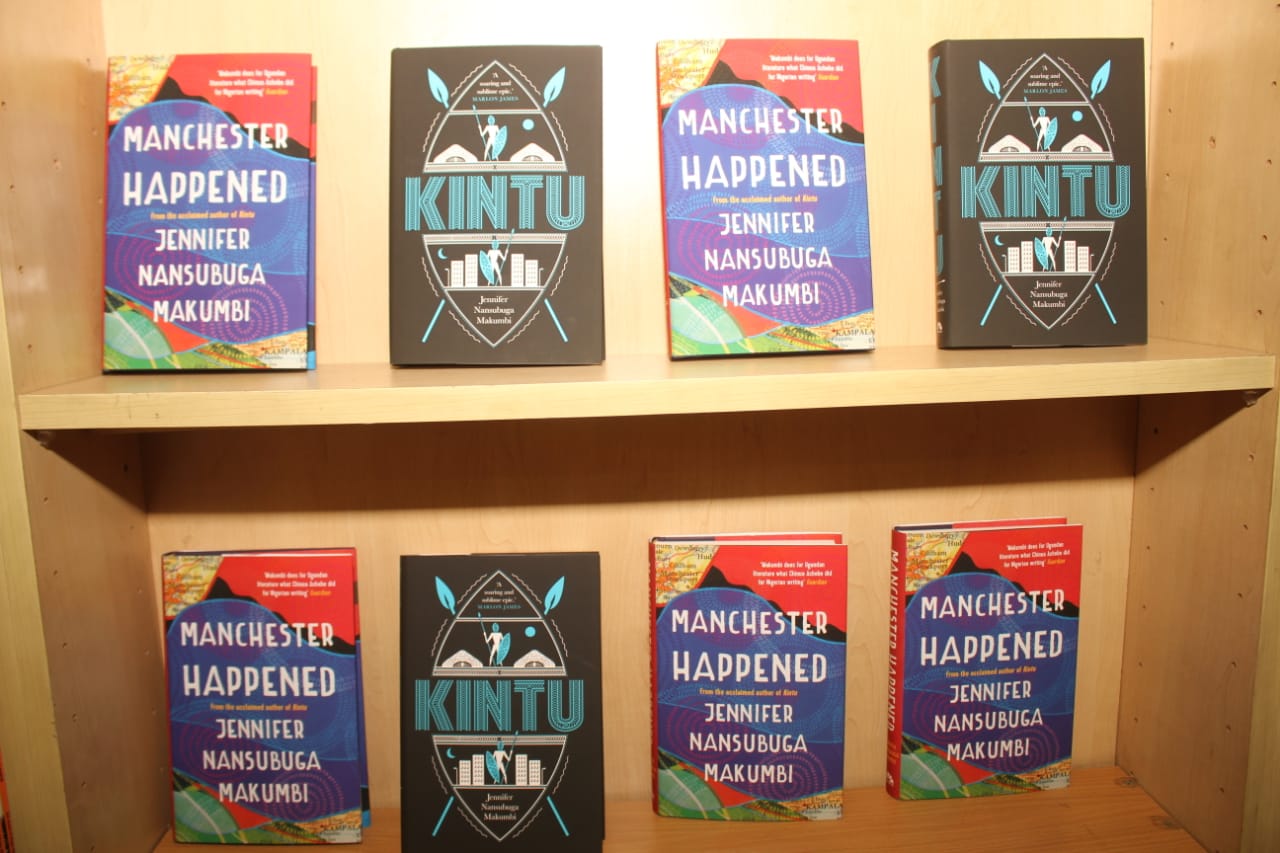 Manchester Happened can be found at Prestige Bookshop going for Ksh 2,150.

Binyavanga Wainaina:The man who was possible
The World’s First Launch of The Dragonfly Sea; An Event to Remember