Kenya, Independence Day 1963; the euphoria is palpable. After nearly a century of British rule in Kenya, the country is finally free. The freedom movements that had sprung up after the Second World War across Africa and Asia had finally forced the European empires to relinquish their profitable acquisitions. Kenyans, who had experienced the bloody emergency years of the previous decade, were relieved that finally the British autocratic rule would finally culminate to self-rule.

Daniel Branch captures the optimism of those early years, the employment that was surely to come, the resettlement of the landless poor and economic growth. However, the country’s first president Jomo Kenyatta and the political elite were not willing to give up the constructed Kenyan state that encouraged ethnic division and personality politics. The political assassinations of Tom Mboya, J.M. Kariuki and Pio Gama Pinto chart a course to an irreparable damage to the country’s psyche.

In this impressive work of contemporary Kenyan history, Branch captures the evolution of the country for five decades. The narrative reaches its’ zenith with the 2007 Post-Election violence. The 2007 violence was a result of five decades of the endless and disastrous tropes of negative ethnicity that often led to the ethnic clashes of 1992 and 1997, the coup attempts of the 1980s, the infamous one-party rule of the Kenyatta and Moi eras, cronyism and the deep-rooted corruption that led to economic stagnation.

The first decade is perhaps the most critical. At this point in the country young history, there is a chance to lay a foundation that will create strong institutions, a transparent government and entrench democratic principles and thus become part of the country’s personality. This does not happen, Kenyatta quickly establishes one party rule, amasses vast wealth for himself and his immediate circle and by extension his tribe. The political assassinations of this time further erodes  trust as institutions are also not guided by the tenets of the constitution but by the whims of the rich and politically connected.

During the waning days of the second decade, Moi comes into power .His is a dictatorship without pretenses.He controls state media, introduces the infamous mlolongo,tortures political opponents in the infamous Nyayo chambers. The Cold War is at its peak at this time and Moi is comfortable in his support from the West. He perpetuates tribalism for his benefit. Kenyan politics at this moment has a decidedly tribal outlook and as the economic growth also stagnates, Kenyans view political power as a way of gaining economic clout.

The third decade further creates more fissures. A coup attempt in 1982 encourages Moi to tighten his stranglehold on power. There are attacks on public intellectuals and a state sponsored propaganda machine that helps to create a shroud of invincibility around him.

The fall of the Berlin Wall in 1989 ushers in an important movement in Kenya’s History. The Second Liberation movement of the 1990s seeks to end the Moi dictatorship and introduce multi-party system. This movement is led by intellectuals, students, the clergy, and human rights groups and is widely supported by many Kenyans. Moi is forced to acquiesce after a threat of withdrawal of aid from Western countries. With the end of the cold war, they no longer have to worry about Soviet influence in the continent.

However the multi-party elections held in the 1990s were rigged in Moi’s favour and the parties themselves were not often formed on ideological lines but on ethnicity.

Branch writes that the 2002 election that finally ushered in the country second democratically elected president was a momentous occasion in Kenya’s history. It seemed that the country’s fourth decade would usher in a different political tone. It was a time of great optimism in the country. Mwai Kibaki had been unanimously elected president by the country’s diverse ethnicities. It seemed as if the days of tribal politics had been banished. A new constitution was promised, Primary education would be free, and a truth and reconciliation Commission would be established and most important of all there would be an independent anti-corruption commission. This optimism lasted all of one year. All this seemed to be a build-up to the infamous 2007 post-election violence. Nothing had changed after all.

Branch is a meticulous historian and d political analyst .Kenya: Between Hope and Despair give a well detailed telling of Kenya’s woes looked at from a historical view.

Previous Reading
The Secret Lives of Baba Segi’s Wives
Next Reading
Stay With Me: A Review 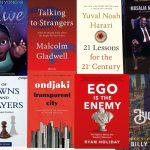 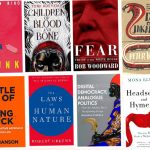 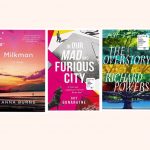 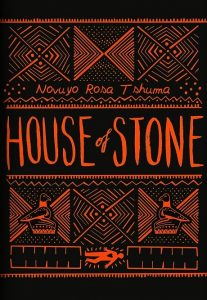 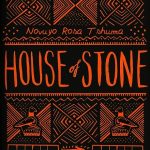