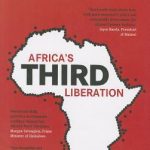 Between 2000 and 2010, six of the ten fastest-growing economies worldwide were African. In this favorable environment, how do we make sure jobs and poverty reduction follow? Now is the time for African countries to consider how economic growth and political liberalization should reinforce each other. Africa has experienced two liberations: the first from colonial and racist regimes and the second from the autocrats who often followed foreign rule. At the end of the 1970s, just three African countries regularly held multiparty elections; more than 40 do today. Africa’s political evolution points to a third liberation, one from political economies characterized by graft, crony capitalism, rent-seeking, elitism and social inequality. This liberation will open up the economic space in which business can compete, a necessary condition for expanding employment. The debate is about how Africa can realize its economic potential and avoid the disappointments of the first 50 years of independence. Using examples from Central and South America, South-East and South Asia, and the Middle East, the authors examine what means are best to match political liberalization with growth.