Running into a long-ago friend sets memories from the 1970s in motion for August, transporting her to a time and a place where friendship was everything—until it wasn’t. For August and her girls, sharing confidences as they ambled through neighborhood streets, Brooklyn was a place where they believed that they were beautiful, talented, brilliant—a part of a future that belonged to them.

But beneath the hopeful veneer, there was another Brooklyn, a dangerous place where grown men reached for innocent girls in dark hallways, where ghosts haunted the night, where mothers disappeared. A world where madness was just a sunset away and fathers found hope in religion. 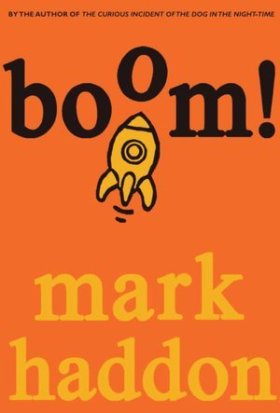 No rating
Jim and his best friend Charlie bug the staff room, and overhear two teachers speak in a strange language. What does “spudvetch” mean? Why do Mr Kidd’s eyes flicker with fluorescent blue light when Charlie says spudvetch to him? A high-powered adventure can end only with a Boom! Author: Mark Haddon ISBN:9781782953234
KES 990
Add to cart
Quick shop 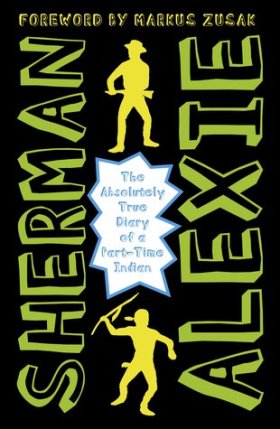 Absolutely True Diary of a Part-Time Indian, The

No rating
An all-new edition of the tragicomic smash hit which stormed the New York Times bestseller charts, now featuring an introduction from Markus Zusak. In his first book for young adults, Sherman Alexie tells the story of Junior, a budding cartoonist who leaves his school on the Spokane Indian Reservation to attend an all-white high school. This heartbreaking, funny, and beautifully written tale, featuring poignant drawings that reflect the character’s art, is based on the author’s own experiences. It chronicles contemporary adolescence as seen through the eyes of one Native American boy. ‘Excellent in every way’ Neil Gaiman Author: Sherman Alexie ISBN:9781783442010
KES 1,150
Add to cart
Quick shop 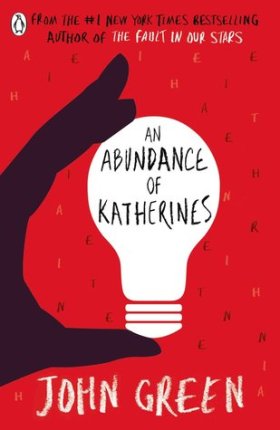 AN ABUNDANCE OF KATHERINES

No rating
Katherine V thought boys were gross Katherine X just wanted to be friends Katherine XVIII dumped him in an e-mail K-19 broke his heart When it comes to relationships, Colin Singleton’s type happens to be girls named Katherine. And when it comes to girls named Katherine, Colin is always getting dumped. Nineteen times, to be exact. On a road trip miles from home, this anagram-happy, washed-up child prodigy has ten thousand dollars in his pocket, a bloodthirsty feral hog on his trail, and an overweight, Judge Judy-loving best friend riding shotgun–but no Katherines. Colin is on a mission to prove The Theorem of Underlying Katherine Predictability, which he hopes will predict the future of any relationship, avenge Dumpees everywhere, and finally win him the girl. Love, friendship, and a dead Austro-Hungarian archduke add up to surprising and heart-changing conclusions in this ingeniously layered comic novel about reinventing oneself. Author: John Green ISBN:9780141346090
KES 990
Read more
Quick shop 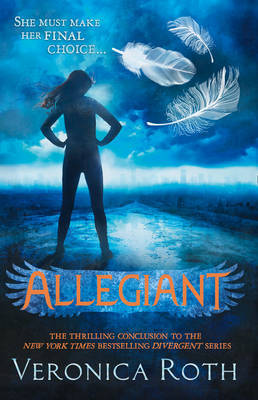 No rating
The faction-based society that Tris Prior once believed in is shattered – fractured by violence and power struggles and scarred by loss and betrayal. So when offered a chance to explore the world past the limits she’s known, Tris is ready. Perhaps beyond the fence, she and Tobias will find a simple new life together, free from complicated lies, tangled loyalties, and painful memories. But Tris’s new reality is even more alarming than the one she left behind. Old discoveries are quickly rendered meaningliess. Explosive new truths change the hearts of those she loves. And once again, Tris must battle to comprehend to complexities of human nature – and of herself – while facing impossible choices about courage, allegiance, sacrifice, and love. Told from a riveting dual perspective, ALLEGIANT, by #1 New York Times best-selling author Veronica Roth, brings the DIVERGENT series to a powerful conclusion while revealing the secrets of the dystopian world that has captivated millions of readers in DIVERGENT and INSURGENT. Author: Veronica Roth ISBN:9780007444113
KES 1,390
Read more
Quick shop 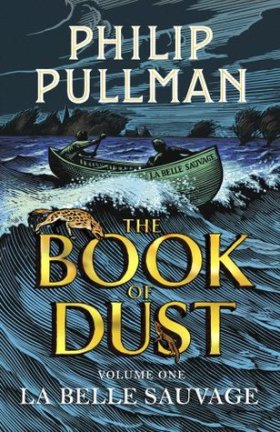 No rating
Malcolm Polstead is the kind of boy who notices everything but is not much noticed himself. And so perhaps it was inevitable that he would become a spy… Malcolm’s father runs an inn called the Trout, on the banks of the river Thames, and all of Oxford passes through its doors. Malcolm and his dæmon, Asta, routinely overhear news and gossip, and the occasional scandal, but during a winter of unceasing rain, Malcolm catches wind of something new: intrigue. He finds a secret message inquiring about a dangerous substance called Dust–and the spy it was intended for finds him. When she asks Malcolm to keep his eyes open, Malcolm sees suspicious characters everywhere; Lord Asriel, clearly on the run; enforcement agents from the Magisterium; a gyptian named Coram with warnings just for Malcolm; and a beautiful woman with an evil monkey for a dæmon. All are asking about the same thing: a girl–just a baby–named Lyra. Lyra is the kind of person who draws people in like magnets. And Malcolm will brave any danger, and make chocking sacrifices, to bring her safely through the storm. Author: Philip Pullman ISBN:9780857561084
KES 3,500
Add to cart
Quick shop 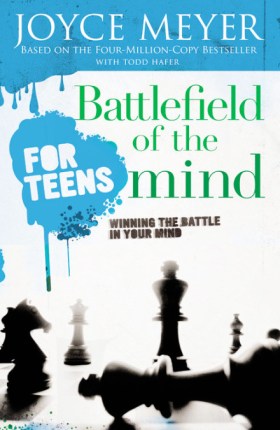 Battlefield of the Mind for Teens

No rating
Made teen-friendly with contemporary language, BATTLEFIELD OF THE MIND FOR TEENS equips a new audience desperately in need of guidance with a means of winning the war raging inside them. Author: Joyce Meyer ISBN:
KES 1,450
Read more
Quick shop 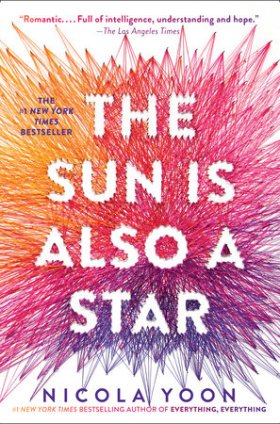 Sun is Also a Star, The

No rating
The dazzling new novel from Nicola Yoon, the #1 New York Times bestselling author of Everything, Everything (in theaters now!), will have you falling in love with Natasha and Daniel as they fall in love with each other! Natasha: I’m a girl who believes in science and facts. Not fate. Not destiny. Or dreams that will never come true. I’m definitely not the kind of girl who meets a cute boy on a crowded New York City street and falls in love with him. Not when my family is twelve hours away from being deported to Jamaica. Falling in love with him won’t be my story. Daniel: I’ve always been the good son, the good student, living up to my parents’ high expectations. Never the poet. Or the dreamer. But when I see her, I forget about all that. Something about Natasha makes me think that fate has something much more extraordinary in store—for both of us. The Universe: Every moment in our lives has brought us to this single moment. A million futures lie before us. Which one will come true? Author: Nicola Yoon ISBN:9780552574242
KES 1,150
Add to cart
Quick shop 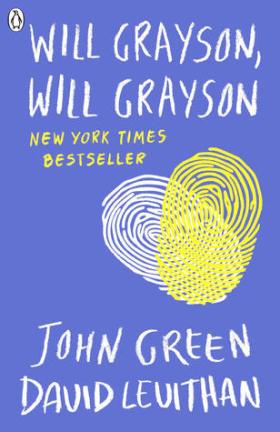 No rating
One cold night, in a most unlikely corner of Chicago, two strangers cross paths. Two teens with the same name, running in two very different circles, suddenly find their lives going in new and unexpected directions, culminating in heroic turns-of-heart and the most epic musical ever to grace the high-school stage. Author: John Green, David Levithan ISBN:9780141346113
KES 1,150
Add to cart
Quick shop 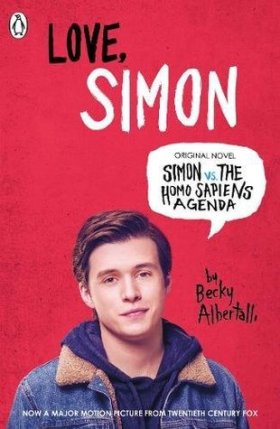 No rating
The beloved, award-winning novel will soon be a major motion picture starring 13 Reasons Why’s Katherine Langford and Everything, Everything’s Nick Robinson. ‘Worthy of Fault in Our Stars-level obsession.’ Entertainment Weekly ‘I love you, SIMON. I LOVE YOU! And I love this fresh, funny, live-out-loud book.” Jennifer Niven, bestselling author of All the Bright Places Straight people should have to come out too. And the more awkward it is, the better. Simon Spier is sixteen and trying to work out who he is – and what he’s looking for. But when one of his emails to the very distracting Blue falls into the wrong hands, things get all kinds of complicated. Because, for Simon, falling for Blue is a big deal . . . It’s a holy freaking huge awesome deal. Author: Becky Albertalli ISBN:9780241330135
KES 1,150
Add to cart
Quick shop 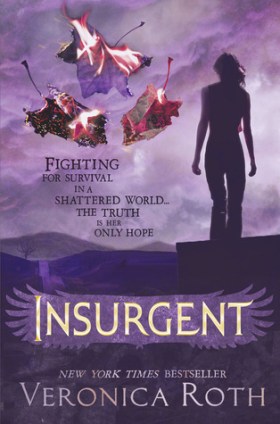 No rating
I HAVE DONE BAD THINGS. I CAN’T TAKE THEM BACK, AND THEY ARE PART OF WHO I AM. Tris has survived a brutal attack on her former home and family. But she has paid a terrible price. Wracked by grief and guilt, she becomes ever more reckless as she struggles to accept her new future. Yet if Tris wants to uncover the truth about her world, she must be stronger than ever… because … more shocking choices and sacrifices lie ahead. Author: Veronica Roth ISBN:9780007442928
KES 1,090
Add to cart