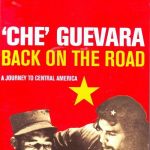 Back On The Road

Back On The Road

His principal interest was in archaeology and politics, and his first stop was Bolivia, which had recently experienced a far-reaching revolution, and where he had the opportunity to study the Inca remains at Tiahuanaco and elsewhere. He moved on to Peru, visiting Cuzco, Macchu Picchu and Lima, and along the Andes to Guayaquil in Ecuador before sailing up the coast to Panama, Costa Rica and Guatemala, where he was caught up in the CIA overthrow of the Arbenz government, and later Mexico, where he was to meet Fidel Castro for the first time.Throughout his travels, the young Guevara kept a spasmodic diary in which he recorded his impressions of his two-year journey. It was an expedition, which thousands of backpackers accomplish today, and thousands more dream about