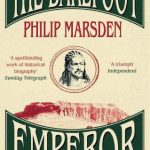 A fascinating narrative excursion into a bizarre episode in 19th century Ethiopian and British imperial history featuring a remote African despot and his monstrous European-built gun. On one of Addis Ababa’s main roundabouts today sits a huge recently installed mortar. This is a replica of ‘Sevastopol’, a 70-ton lump of ordnance commissioned by one of the most extraordinary leaders Africa has ever produced – King of Kings of Ethiopia, the Emperor Theodore. In 1867, as his kingdom collapsed around him, Theodore retreated to his mountain-top stronghold in Magdala. It took his army six months to haul ‘Sevastopol’ through the gauges and passes of the highlands. Sixty miles to the north, a British expeditionary force under Sir Robert Napier – consisting of more than 10,000 fighting men, at least as many followers and 20,000 pack-animals, including a number of Indian elephants – had been ferried to the Red Sea Coast and built a railway line through the desert. Their object: to rescue the British consul and sixty Europeans, held prisoner by the increasingly erratic Theodore, who had taken to massacring his prisoners-of-war and pitching captives over the cliffs of Magdala. The resulting fate of Theodore and his mortar forms the climax to this strange extravaganza, in which an isolated medieval kingdom came dramatically face-to-face with an ascendant Europe. Philip Marsden tells the tale with all his proven narrative skill, deep love and first hand knowledge of Ethiopia.
Author: Philip Marsden