From the author of the widely acclaimed King Leopold’s Ghost comes the taut, gripping account of one of the most brilliantly organized social justice campaigns in history – the fight to free the slaves of the British Empire. In early 1787, twelve men – a printer, a lawyer, a clergyman, and others united by their hatred of slavery – came together in a London printing shop and began the world’s first grass-roots movement, battling for the rights of people on another continent. Masterfully stoking public opinion, the movement’s leaders pioneered a variety of techniques that have been adopted by citizens’ movements ever since, from consumer boycotts to wall posters and lapel buttons to celebrity endorsements. A deft chronicle of this groundbreaking antislavery crusade and its powerful enemies, Bury the Chains gives a little-celebrated human rights watershed its due at last.

Rise And Fall of Communism, The

No rating
Winner of the 2010 W.J.M. Mackenzie Prize for Best Political Science Book of the Year 2010 The relentless rise of Communism was the most momentous political development of the first half of the twentieth century. No political change has been more fundamental than its demise in Europe and its decline elsewhere. In this hugely acclaimed book Archie Brown provides an indispensable history that examines the origins of the ideology, its development in different countries, its collapse in many states following the Soviet perestroika, and its current incarnations around the globe. The Rise and Fall of Communism explains how and why Communists came to power; how they were able, in a variety of countries on different continents to hold on to power for so long; and what brought about the downfall of so many Communist systems. A groundbreaking work from an internationally renowned specialist, this is the definitive study of the most remarkable political and human story of our times. Author:Archie Brown ISBN:9781845950675
KES 1,690
Add to cart
Quick shop 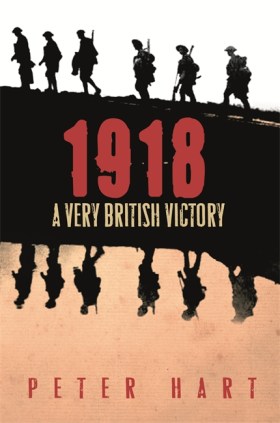 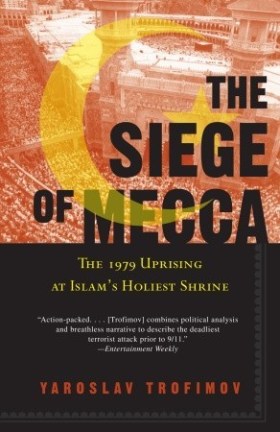 SIEGE OF MECCA, THE

No rating
In The Siege of Mecca, acclaimed journalist Yaroslav Trofimov pulls back the curtain on a thrilling, pivotal, and overlooked episode of modern history, examining its repercussions on the Middle East and the world.On November 20, 1979, worldwide attention was focused on Tehran, where the Iranian hostage crisis was entering its third week. That same morning, gunmen stunned the world by seizing the Grand Mosque in Mecca, creating a siege that trapped 100,000 people and lasted two weeks, inflaming Muslim rage against the United States and causing hundreds of deaths. But in the days before CNN and Al Jazeera, the press barely took notice. Trofimov interviews for the first time scores of direct participants in the siege, and draws upon hundreds of newly declassified documents. With the pacing, detail, and suspense of a real-life thriller, The Siege of Mecca reveals the long-lasting aftereffects of the uprising and its influence on the world today. Author: Yaroslav Trofimov ISBN:9780307277732
KES 1,100
Add to cart
Quick shop 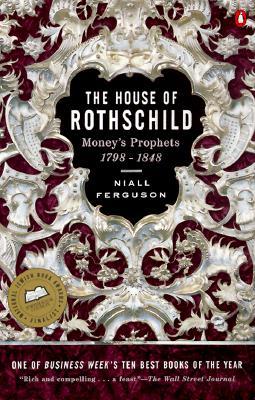 HOUSE OF ROTHSCHILD, THE

No rating
In his rich and nuanced portrait of the remarkable, elusive Rothschild family, Oxford scholar and bestselling author Niall Ferguson uncovers the secrets behind the family’s phenomenal economic success. He reveals for the first time the details of the family’s vast political network, which gave it access to and influence over many of the greatest statesmen of the age. And he tells a family saga, tracing the importance of unity and the profound role of Judaism in the lives of a dynasty that rose from the confines of the Frankfurt ghetto and later used its influence to assist oppressed Jews throughout Europe. A definitive work of impeccable scholarship with a thoroughly engaging narrative, ‘The House of Rothschild’ is a biography of the rarest kind, in which mysterious and fascinating historical figures finally spring to life. Author: Niall Ferguson ISBN:9780140240849
KES 2,600
Add to cart
Quick shop 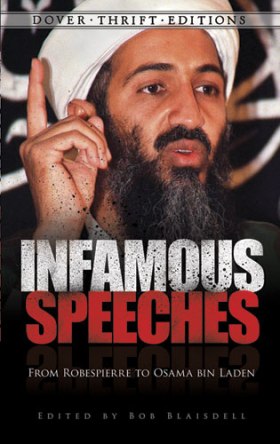 No rating
This anthology comprises some of history’s most hateful public addresses, consisting of speeches invoking racism, genocide, anti-Semitism, terrorism, and other extreme views. Selections range from an oration by Robespierre during the Reign of Terror that followed the French Revolution to Osama bin Laden’s threats related to the terrorist actions of 9/11. Additional speeches include Andrew Jackson’s Seventh Annual Message to Congress in 1835, promoting the Indian Removal Act; Jefferson Davis’ 1861 announcement of Southern secession; and Joseph R. McCarthy’s “Wheeling” speech of 1950, in which the senator claimed knowledge of Communist loyalists within the U. S. government. Other speakers include Hitler, Mussolini, Mao Tse-Tung, and Stalin. Each speech features a brief introduction that places it in historical context. Author: Bob Blaisdel ISBN:9780486478494
KES 1,000
Add to cart
Quick shop 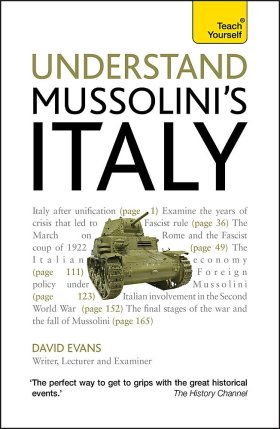 No rating
Mussolini’s Italy is a compelling introduction to this infamous fascist dictator and his extraordinary rule. Though sometimes regarded as a farcical ruler, Mussolini’s ‘brutal friendship’ with Hitler and his tyrannical killing of over a million people cannot be ignored as crucial aspects of modern European history. David Evans’ pacy and nuanced analysis of the rise and fall of this colourful yet dangerous dictator, will keep you gripped from beginning to end. Author: David Evans ISBN:9781444157505
KES 1,490
Add to cart
Quick shop 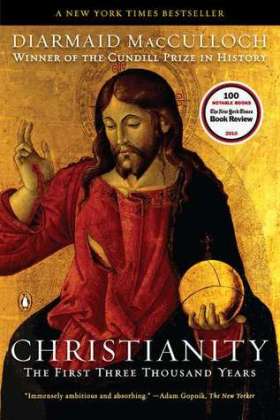 No rating
The New York Times bestseller and definitive history of Christianity for our time—from the award-winning author of The Reformation and Silence A product of electrifying scholarship conveyed with commanding skill, Diarmaid MacCulloch’s Christianity goes back to the origins of the Hebrew Bible and encompasses the globe. It captures the major turning points in Catholic, Protestant, and Orthodox history and fills in often neglected accounts of conversion and confrontation in Africa, Latin America, and Asia. MacCulloch introduces us to monks and crusaders, heretics and reformers, popes and abolitionists, and discover Christianity’s essential role in shaping human history and the intimate lives of men and women. And he uncovers the roots of the faith that galvanized America, charting the surprising beliefs of the founding fathers, the rise of the Evangelical movement and of Pentecostalism, and the recent crises within the Catholic Church. Bursting with original insights and a great pleasure to read, this monumental religious history will not soon be surpassed. Author: Diarmaid MacCulloch ISBN:9780143118695
KES 2,800
Add to cart
Quick shop 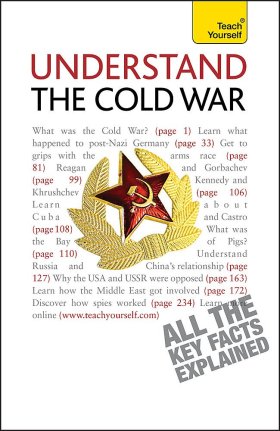 TEACH YOURSELF: UNDERSTAND THE COLD WAR

No rating
Understand the Cold War provides a fascinating insight into this complicated and hidden conflict, from how it began to the main characters involved and the culture it created. It will help you understand how the superpowers grew and vied for dominance, and how the balance was lost. All the important aspects of the war are covered, from what JFK and his assassin had in common to a discussion of whether the tension ended after the fall of the Berlin Wall. Give yourself the opportunity to understand the global reach of this 45-year-long conflict, which shaped the latter half of the twentieth century. Author: C.B. Jones ISBN:9781444105254
KES 1,890
Add to cart
Quick shop 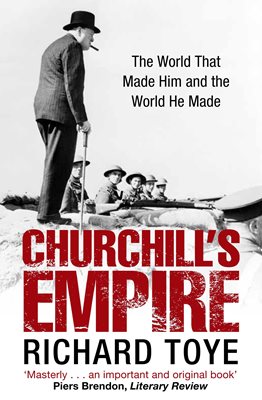 No rating
‘I have not become the King’s First Minister in order to preside over the liquidation of the British Empire.’ These notorious words, spoken by Churchill in 1942, encapsulate his image as an imperial die-hard, implacably opposed to colonial freedom – a reputation that has prevailed, and which Churchill willingly embraced to further his policies. Yet, as a youthful minister at the Colonial Office before World War I, his political opponents had seen him as a Little Englander and a danger to the Empire. Placing Churchill in the context of his times and his contemporaries, Richard Toye evaluates his position on key Imperial questions and examines what was conventional about Churchill’s opinions and what was unique. Combining a lightness of touch and entertaining storytelling with expert and insightful analysis, the result is a vivid and dynamic account of a remarkable man and an extraordinary era. Author: Richard Toye ISBN:9780330455770
KES 1,090
Add to cart
Quick shop

Secret Life of War, The

No rating
War has changed. In the past, states clashed and battles were fought between armies. Today superpowers are pitted against warlords. The Observer’s chief foreign correspondent Peter Beaumont, takes us into the guts of modern conflict. He visits the bombed and abandoned home of Mullah Omar; discovers a deserted Al Qaeda camp where he finds documents describing a plan to attack London; talks to young bomb-throwers in a Rafah refugee camp. Unflinching and utterly gripping, The Secret Life of War is a deeply personal and defining vision of the inner, secret nature of modern war. Author: Peter Beaumont ISBN:9780099520986
KES 1,400
Add to cart