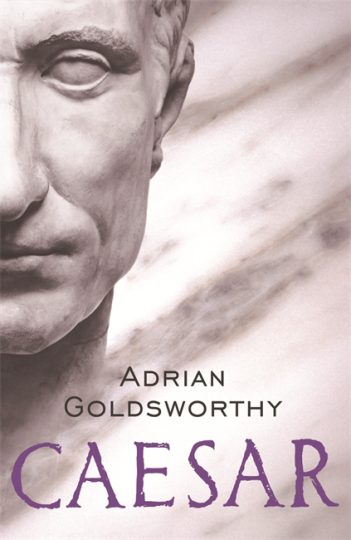 From the very beginning, Caesar’s story makes dazzling reading. In his late teens he narrowly avoided execution for opposing the military dictator Sulla. He was decorated for valour in battle, captured and held to ransom by pirates, and almost bankrupted himself by staging games for the masses.
As a politician, he quickly gained a reputation as a dangerously ambitious maverick. By his early 30s he had risen to the position of Consul, and was already beginning to dominate the Senate. His affairs with noblewomen were both frequent and scandalous.

His greatest skill, outside the bedroom, was as a military commander. In a string of spectacular victories he conquered all of Gaul, invaded Germany, and twice landed in Britain – an achievement which in 55BC was greeted with a public euphoria comparable to that generated by the moon landing in 1969. In just thirty years he had risen from a position of virtual obscurity to become one of the richest men in the world, with the power single-handedly to overthrow the Republic. By his death he was effectively emperor of most of the known world.