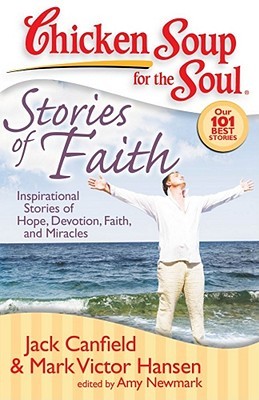 CHICKEN SOUP FOR THE SOUL:STORIES OF FAITH

This is the first Chicken Soup book to focus specifically on stories of faith, including 101 of the best stories from Chicken Soup’s library on faith, hope, miracles, and devotion.

This Chicken Soup book focuses on stories of faith, hope, miracles, and devotion. The heartfelt true stories written by regular people will amaze, inspire, and amuse readers. Many of them are stories of prayers answered miraculously, amazing coincidences, rediscovered faith, and the serenity that comes from believing in a greater power.

Chicken Soup for the Soul has won dozens of awards over the last 15 years, and its founders, Jack Canfield and Mark Victor Hansen have become celebrity motivational speakers and authors. 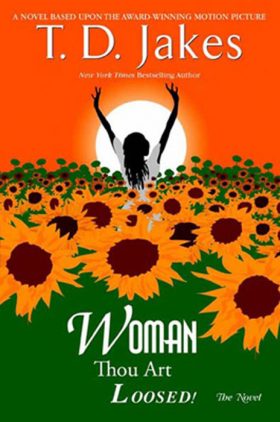 No rating
Her name is Michelle. As a child she called her grandma mama, her mother by her first name, and her mother’s boyfriends Uncle. She grew up fast with too many men, too many strangers, and too many betrayals. Lost and sentenced to a private hell of abuse, addiction, poverty, and crime, Michelle has now been given a second chance to reclaim her life. But first she has to believe in the possible. She has to believe in herself. What it takes to free her is the one thing Michelle thought she’d never have. It’s called faith. Author: T D Jakes ISBN:9780425202296
KES 1,290
Read more
Quick shop 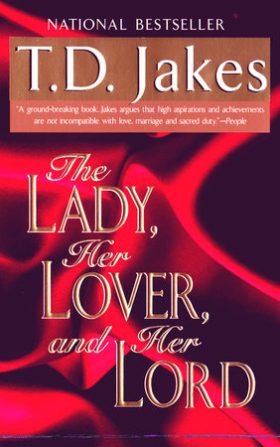 Lady, Her Lover, and Her Lord, The

No rating
Here is the book that brought Bishop T.D. Jakes to the forefront of America’s bestselling Christian authors. Selling over half a million copies in hardcover alone, The Lady, Her Lover, and Her Lord is as provocative as it is profound—a truly inspiring volume that shows today’s women how to improve their relationships with their men, their God, and themselves. In a society that asks women to be perfect, sweet, sexy, submissive, and pristine, T.D. Jakes offers a spiritual path that cuts through the mixed messages and leads women toward the true self God wants them to be: strong, loving, and real. Author: T D Jakes ISBN:9780425168721
KES 1,790
Add to cart
Quick shop 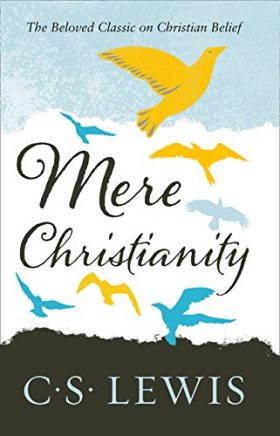 No rating
One of the most popular and beloved introductions to the concept of faith ever written, ‘Mere Christianity’ has sold millions of copies worldwide. The book brings together C.S. Lewis’s legendary radio broadcasts during the war years, in which he set out simply to ‘explain and defend the belief that has been common to nearly all Christians at all times’. Rejecting the boundaries that divide Christianity’s many denominations, ‘Mere Christianity’ provides an unequalled opportunity for believers and nonbelievers alike to absorb a powerful, rational case for the Christian faith. Author: C.S. Lewis ISBN:9780007461219
KES 1,600
Add to cart
Quick shop 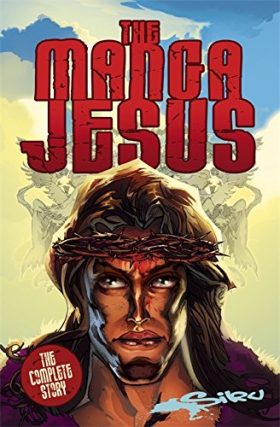 No rating
The complete MANGA JESUS series from the creator of THE MANGA BIBLE – an incredible retelling of the story of Jesus Christ in amazing Manga comic strip form.Siku’s MANGA BIBLE was acclaimed for its edgy, provocative yet faithful interpretation of the Bible which opened up this classic text to a new generation of readers. Now he has focused his attention on the full life story of Jesus, and retells it in an epic 400-page manga opus, re-pitching Christ as the hardened political rebel of his day.He spoke and ate with the outcasts, and those from different tribes. He healed the sick, forming new flesh and bone from thin air. He preached a new message of liberation, and shamed the rulers of the day. This is the life, death and resurrection story of the most incredible man who ever lived. A man who lived two thousand years ago, but shaped the world we live in today. A man who changes lives, even today. Radically reinventing the ancient stories of the Bible to create his distinctive Manga-like take, yet being careful to remain within orthodox interpretation, Siku uncovers truths that we had forgotten to look for and brings the stories of the Bible to life in new ways. Author: Siku ISBN:9780340964088
KES 1,490
Add to cart
Quick shop 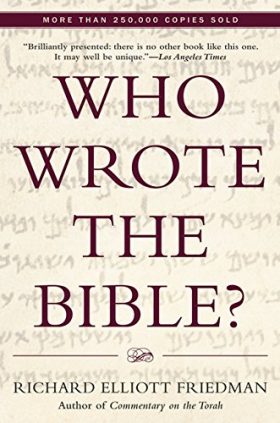 WHO WROTE THE BIBLE

No rating
The contemporary classic the New York Times Book Review called a thought-provoking [and] perceptive guide, Who Wrote the Bible? by Richard E. Friedman is a fascinating, intellectual, yet highly readable analysis and investigation into the authorship of the Old Testament. The author of Commentary on the Torah, Friedman delves deeply into the history of the Bible in a scholarly work that is as exciting and surprising as a good detective novel. Who Wrote the Bible? is enlightening, riveting, an important contribution to religious literature, and as the Los Angeles Times aptly observed in its rave review, There is no other book like this one. It is a strange fact that we have never known with certainty who produced the book that has played such a central role in our civilization, writes Friedman, a foremost Bible scholar. From this point he begins an investigation and analysis that reads as compellingly as a good detective story. Focusing on the central books of the Old Testament–Genesis, Exodus, Leviticus, Numbers, and Deuteronomy–he draws upon biblical and archaeological evidence to make a convincing argument for the identities of their authors. In the process he paints a vivid picture of the world of the Bible–its politics, history, and personalities. The result is a marvel of scholarship that sheds a new and enriching light on our understanding of the Bible as literature, history, and sacred text. Author: ISBN:9780060630355
KES 1,750
Read more
Quick shop 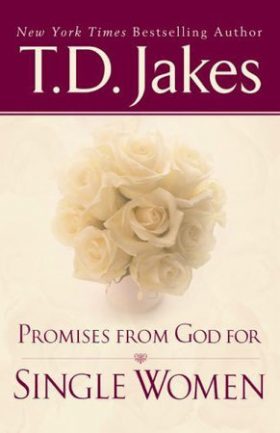 Promises From God For Single Women

No rating
In the inspiring tradition of His Lady, Bishop T.D. Jakes delivers a compassionate collection of scriptural verse and empowering wisdom for all women still looking for love, searching for their own divine worth—and longing for a connection with the Lord. If you’re a single a woman, chances are you have concerns about your life and where it’s headed. You may be struggling with loneliness, wondering if you will ever find Mr. Right. Or if you are in a relationship, you may be dealing with issues of commitment, fidelity, sexuality, and intimacy. Now, with inspirational and specifically chosen Bible verses and passages, as well as his own personal understanding and insight, Bishop Jakes guides you through the joys, and sometimes overwhelming hardships, of being single—touching on love, sex, forgiveness, temptation, and other topics that affect your life—all the way directing you toward a stronger relationship with God. Promises from God for Single Women is a vital handbook for navigating the complex path of being a single woman in today’s world. Author: T.D. Jakes ISBN:9780425206621
KES 1,100
Add to cart
Quick shop

75 PEOPLE WHO CHANGED THE WORLD

No rating
75 PEOPLE WHO CHANGED THE WORLD is a wonderful, provocative collection of short biographies of reformers, scholars, martyrs and mystics ? of many faiths who shook up religious thought and practice in the twentieth century. The short profiles make interesting reading and, often, discovery and the quotations and bibliographies following each profile make this an even more valuable resource. Its an admiring and instructive survey of influential spiritual practitioners and pioneers. A celebration of the human spirit, ideal for both seekers and believers, the curious and the passionate, thinkers and doers, 75 People Who Changed The World is an authoritative guide to the most creative spiritual ideas and actions of the past century a challenge for us today. Author: Ira Rifkin ISBN:9788179925829
KES 1,050
Add to cart
Quick shop 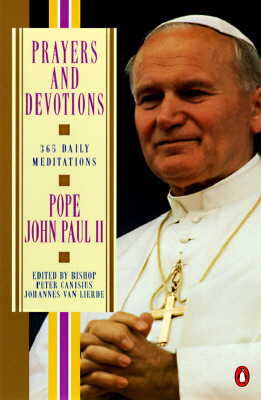 No rating
This treasury of selected passages from the writings and addresses of perhaps the most impressive leader of the Catholic Church the world has ever known offers, as its editor suggests, “a harvest from the mind and heart of Pope Wojtyla.” And so here is a chance for the modern reader, engaged in various daily tasks, to spend a few moments with the Pope each day of the liturgical year, contemplating his reflections on the mystery and the example of Christ; and on the church, man, the family, the lives of the saints, the meaning of holidays, and the place of faith in daily life. His personal concerns as expressed in these passages include such topics as “Sharing with Others, ” “To Be in Peace, ” “Consumer Society, ” “Family Prayer, ” and “The Great Divine Trial, ” about the meaning of his near-assassination. Through these pages of calm reflection each day of the year, all will find a moment of peaceful repose from the occupations of life. Author: Pope John Paul II ISBN:9780140247251
KES 1,550
Add to cart
Quick shop 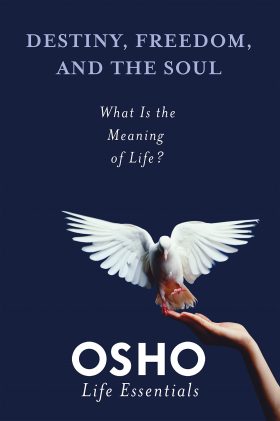 No rating
Explores the deeply human questions of: does my life have a special meaning or purpose? Is there really such a thing as soul, and if so, what is it? Where does the concept of karma fit in? Author: Osho ISBN:9780312595432
KES 1,550
Add to cart
Quick shop 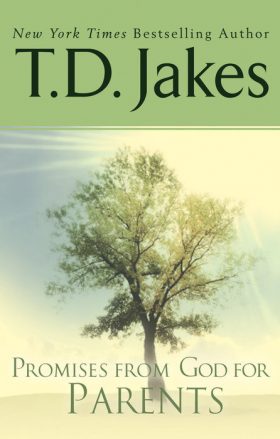 Promises Of God For Parents

No rating
With inspirational Bible verses and passages, as well as his own personal understanding and insight, Bishop T.D. Jakes guides mothers and fathers through the challenges and rewards of being a parent-along the way illustrating how every family can achieve a stronger relationship with God. Filled with Bishop Jakes’s wisdom on such important topics as self-control, patience, tough love, respect, and forgiveness, this is an essential tool for navigating the emotional and complex path of parenthood in today’s ever-changing world. Author: T D Jakes ISBN:9780425210017
KES 1,550
Read more