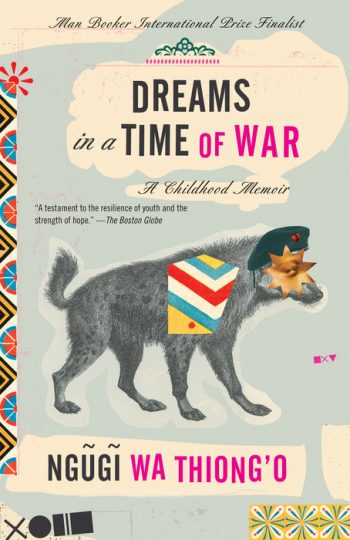 Dreams In A Time of War

Born in 1938 in rural Kenya, Ng?g? wa Thiong’o came of age in the shadow of World War II, amidst the terrible bloodshed in the war between the Mau Mau and the British. The son of a man whose four wives bore him more than a score of children, young Ng?g? displayed what was then considered a bizarre thirst for learning, yet it was unimaginable that he would grow up to become a world-renowned novelist, playwright, and critic.

In Dreams in a Time of War, Ng?g? deftly etches a bygone era, bearing witness to the social and political vicissitudes of life under colonialism and war. Speaking to the human right to dream even in the worst of times, this rich memoir of an African childhood abounds in delicate and powerful subtleties and complexities that are movingly told.