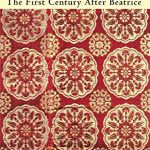 May your name live forever and a son be born to you – an ancient Egyptian prayer that for centuries had been nothing more than that: an invocation, a plea based on economic necessity. Now however, sometime in the early twenty-first century, it seems the wish has become a reality.
A French entomologist, attending a symposium in Cairo, finds a curious kind of bean being sold in the market. It is claimed that the beans, derived from the scarab beetle, have magic powers: specifically, the power to guarantee the birth of a male infant – and when the entomologist does some research into the matter, discovering the incidence of female birth has become increasingly rare, he is left in no doubt that the worlds has entered into a critical phase of history.