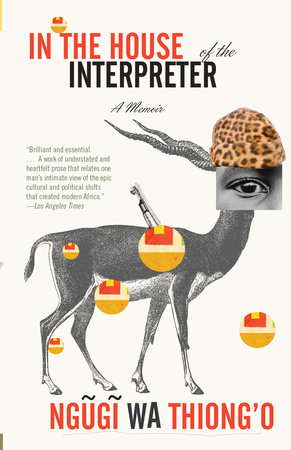 In the House of the Interpreter

Renowned novelist, poet, playwright, and literary critic Ng?g? wa Thiong’o was a student at a prestigious, British-run boarding school near Nairobi when the tumultuous Mau Mau Uprising for independence and Kenyan sovereignty gripped his country. While he enjoyed scouting trips and chess tournaments, his family home was razed to the ground and his brother, a member of the insurgency, was captured by the British and taken to a concentration camp. But Ngugi could not escape history, and eventually found himself jailed after a run in with the forces of colonialism.

Ngugi richly and poignantly evokes the experiences that would transform him into a world-class writer and, as a political dissident, a moral compass to us all. A winning celebration of the implacable determination of youth and the power of hope, here is a searing account of the history of a man—and the story of a nation. 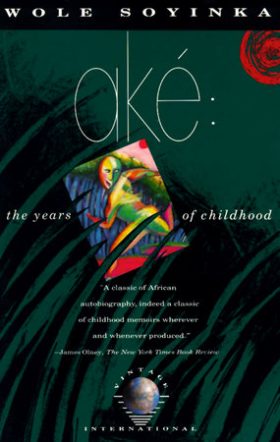 Ake: The Years of Childhood

No rating
A dazzling memoir of an African childhood from Nobel Prize-winning Nigerian novelist, playwright, and poet Wole Soyinka. Aké: The Years of Childhood gives us the story of Soyinka’s boyhood before and during World War II in a Yoruba village in western Nigeria called Aké. A relentlessly curious child who loved books and getting into trouble, Soyinka grew up on a parsonage compound, raised by Christian parents and by a grandfather who introduced him to Yoruba spiritual traditions. His vivid evocation of the colorful sights, sounds, and aromas of the world that shaped him is both lyrically beautiful and laced with humor and the sheer delight of a child’s-eye view. A classic of African autobiography, Aké is also a transcendantly timeless portrait of the mysteries of childhood. Author: Wole Soyinka ISBN:9780679725404
KES 1,450
Add to cart
Quick shop 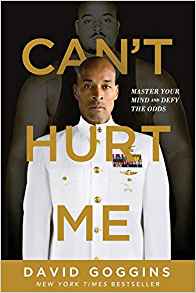 No rating
For David Goggins, childhood was a nightmare — poverty, prejudice, and physical abuse colored his days and haunted his nights. But through self-discipline, mental toughness, and hard work, Goggins transformed himself from a depressed, overweight young man with no future into a U.S. Armed Forces icon and one of the world’s top endurance athletes. The only man in history to complete elite training as a Navy SEAL, Army Ranger, and Air Force Tactical Air Controller, he went on to set records in numerous endurance events, inspiring Outside magazine to name him “The Fittest (Real) Man in America.” In Can’t Hurt Me, he shares his astonishing life story and reveals that most of us tap into only 40% of our capabilities. Goggins calls this The 40% Rule, and his story illuminates a path that anyone can follow to push past pain, demolish fear, and reach their full potential. Author; David Goggins ISBN; 9781544512273
KES 3,200
Read more
Quick shop 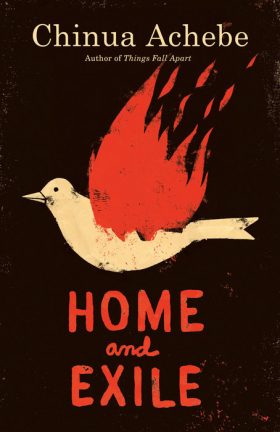 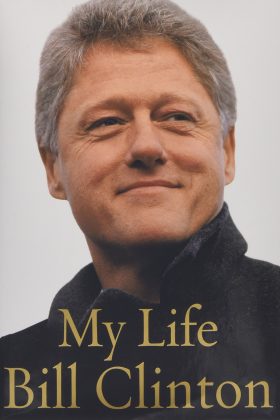 No rating
My Life shows the progress of a remarkable American, who, through his own enormous energies and efforts-fuelled by an impassioned interest in the political process – made an unlikely journey from his birth in Hope Arkansas, to his election as the 42nd President of the United States. Author: Bill Clinton ISBN:9780099441359
KES 1,950
Add to cart
Quick shop 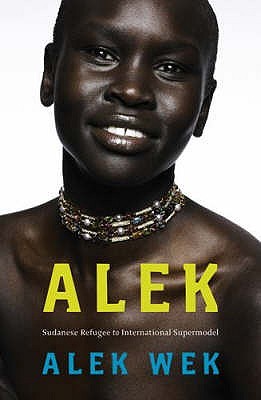 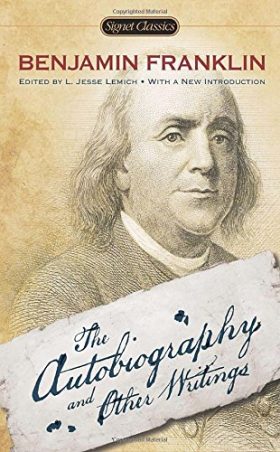 Benjamin Franklin:The Autobiography and Other Writings

No rating
One of the Founding Fathers of the United States of America, Benjamin Franklin was a true Renaissance man: writer, publisher, scientist, inventor, diplomat and politician. During his long life, he offered advice on attaining wealth, organized public institutions, contributed to the birth of a nation and negotiated with foreign powers to ensure his country survival. Author: Benjamin Franklin ISBN: 9780451469885
KES 900
Add to cart
Quick shop 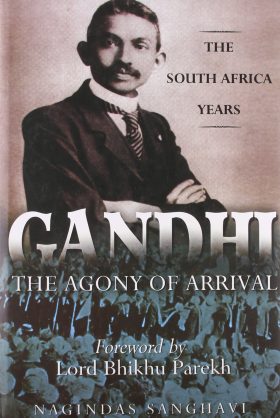 No rating
Gandhi, an inspiration and a despair to all who approached him, has been subjected to MORE analysis than any other person in contemporary history. And yet something is missing in the puzzle that Gandhi was and is. This volume is one more attempt to understand and to explain him by laying a little more emphasis Author: Nagindas Sangavhi ISBN:9788129108357
KES 2,390
Read more
Quick shop 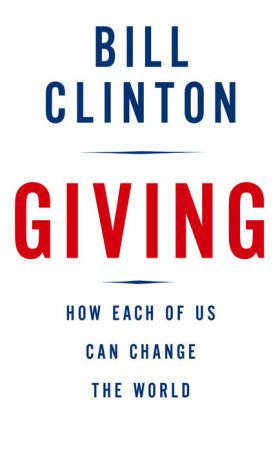 No rating
Here, from Bill Clinton, is a call to action. Giving is an inspiring look at how each of us can change the world. First, it reveals the extraordinary and innovative efforts now being made by companies and organizations—and by individuals—to solve problems and save lives both “down the street and around the world.” Then it urges us to seek out what each of us, “regardless of income, available time, age, and skills,” can do to help, to give people a chance to live out their dreams. Bill Clinton shares his own experiences and those of other givers, representing a global flood tide of nongovernmental, nonprofit activity. These remarkable stories demonstrate that gifts of time, skills, things, and ideas are as important and effective as contributions of money. From Bill and Melinda Gates to a six-year-old California girl named McKenzie Steiner, who organized and supervised drives to clean up the beach in her community, Clinton introduces us to both well-known and unknown heroes of giving. Among them: Dr. Paul Farmer, who grew up living in the family bus in a trailer park, vowed to devote his life to giving high-quality medical care to the poor and has built innovative public health-care clinics first in Haiti and then in Rwanda; a New York couple, in Africa for a wedding, who visited several schools in Zimbabwe and were appalled by the absence of textbooks and school supplies. They founded their own organization to gather and ship materials to thirty-five schools. After three years, the percentage of seventh-graders who pass reading tests increased from 5 percent to 60 percent;’ Oseola McCarty, who after seventy-five years of eking out a living by washing and ironing, gave $150,000 to the University of Southern Mississippi to endow a scholarship fund for African-American students; Andre Agassi, who has created a college preparatory academy in the Las Vegas neighborhood with the city’s highest percentage of at-risk kids. “Tennis was a stepping-stone for me,” says Agassi. “Changing a child’s life is what I always wanted to do”; Heifer International, which gave twelve goats to a Ugandan village. Within a year, Beatrice Biira’s mother had earned enough money selling goat’s milk to pay Beatrice’s school fees and eventually to send all her children to school—and, as required, to pass on a baby goat to another family, thus multiplying the impact of the gift. Clinton writes about men and women who traded in their corporate careers, and the fulfillment they now experience through giving. He writes about energy-efficient practices, about progressive companies going green, about promoting fair wages and decent working conditions around the world. He shows us how one of the most important ways of giving can be an effort to change, improve, or protect a government policy. He outlines what we as individuals can do, the steps we can take, how much we should consider giving, and why our giving is so important. Bill Clinton’s own actions in his post-presidential years have had an enormous impact on the lives of millions. Through his foundation and his work in the aftermath of the Asian tsunami and Hurricane Katrina, he has become an international spokesperson and model for the power of giving. “We all have the capacity to do great things,” President Clinton says. “My hope is that the people and stories in this book will lift spirits, touch hearts, and demonstrate that citizen activism and service can be a powerful agent of change in the world.” Author: Bill Clinton ISBN:9780099509592
KES 1,150
Add to cart
Quick shop 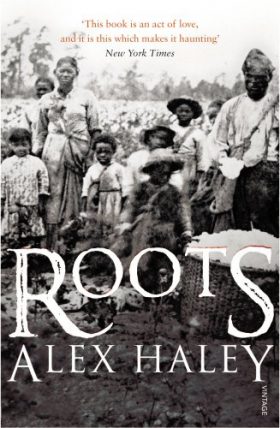 No rating
The extraordinary account of Alex Haley’s twelve-year old search for his family’s origins. Tracing his ancestry through six generations – slaves and freedmen, farmers and blacksmiths, lawyers and architects – back to Africa, he discovered a sixteen-year-old youth Kunta Kinte. It was this young man, who had been torn from his homeland and in torment and anguish brought to the slave markets of the new world, who held the key to Haley’s deep and distant path. Author: Alex Haley ISBN: 9780099362814
KES 1,790
Add to cart
Quick shop

No rating
Book-smart and more than a little naive, Robert Sapolsky left the comforts of college in the US for a research project studying a troop of baboons in Kenya. Whether he’s relating his adventures with his neighbours, Masai tribesmen, or his experiences learning how to sneak up and dart suspicious baboons, Sapolsky combines irreverence and humour with the best credentials in his field. A Primate’s Memoir is the culmination of over two decades of experience and research – an exhilarating, hilarious and daring memoir, and an astonishing masterpiece of the people and nature of Africa. Author: Rober M Sapolsky ISBN:9780099285779
KES 1,180
Add to cart