View cart “Rise and Fall of Napoleon Bonaparte, The” has been added to your cart. 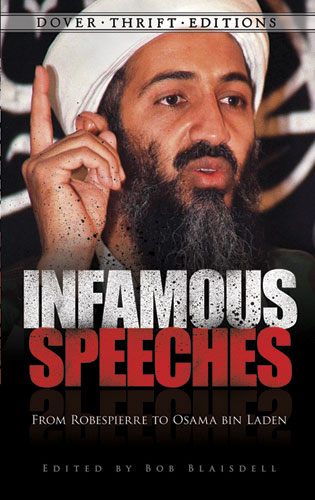 This anthology comprises some of history’s most hateful public addresses, consisting of speeches invoking racism, genocide, anti-Semitism, terrorism, and other extreme views. Selections range from an oration by Robespierre during the Reign of Terror that followed the French Revolution to Osama bin Laden’s threats related to the terrorist actions of 9/11.
Additional speeches include Andrew Jackson’s Seventh Annual Message to Congress in 1835, promoting the Indian Removal Act; Jefferson Davis’ 1861 announcement of Southern secession; and Joseph R. McCarthy’s “Wheeling” speech of 1950, in which the senator claimed knowledge of Communist loyalists within the U. S. government. Other speakers include Hitler, Mussolini, Mao Tse-Tung, and Stalin. Each speech features a brief introduction that places it in historical context.