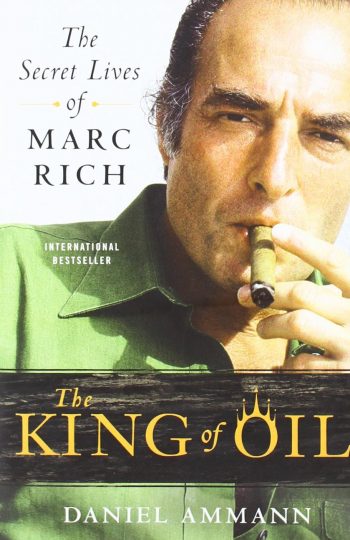 For the first time billionaire oil trader Marc Rich talks at length about his private life (including his expensive divorce from his wife, Denise);his invention of the spot oil market that made his fortune and changed the world economy; his lucrative and unpublicized dealings with Ayatollah Khomeini’s Iran, Fidel Castro’s Cuba, war-ravaged Angola, and apartheid South Africa; his quite cooperation with the Israel and U.S. governments (even after he was indicted for tax fraud by Rudy Giuliani),and near comical attempts by United States officials to kidnap him illegally.
This is the first no-holds-barred biography of Rich, who was famously pardoned by Bill Clinton, and resurfaced in the news during the confirmation hearings of Attorney General Eric Holder. It sheds stunning new light on one of the most controversial international businessmen of all time, charting Rich’s rise from the Holocaust, which fled as a young boy, to become wealthiest and most powerful oil and commodities trader of the century. From his earliest trading days to the present, Marc Rich’s story is astonishing and compelling.