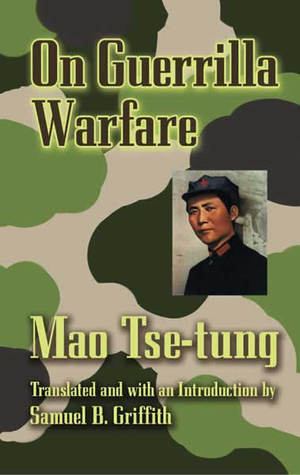 The first documented, systematic study of guerrilla warfare, Mao Tse-tung’s 1937 text remains the definitive guide to orchestrating revolution in developing countries. Based on Mao’s own experiences in fighting Chiang Kai-shek’s Nationalists and his interpretations of the classic strategies of Sun-tzu, On Guerrilla Warfare outlines the tactics that have proven effective around the world, from Vietnamese jungles to Middle Eastern deserts.
Prescient in his thinking and concise in his expression, Mao conceived of guerrilla operations as a complement to traditional warfare. He explains why guerrilla activities should be integrated into conventional military procedures and discusses the organization and operation of guerrilla units. His unorthodox strategies transform disadvantages into benefits: using retreat as an offensive maneuver; indoctrinating locals for employment as spies; and compensating for lack of firepower with speed, surprise, and initiative.
Translator Samuel B. Griffith provides a comprehensive introduction in which he profiles Mao, examines the nature and conduct of guerrilla warfare, and considers the implications of such warfare for American policy.