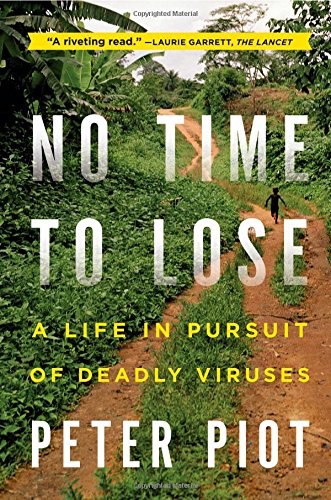 No Time To Lose

Peter Piot has had an exceptional, adventure-filled career. In the 1970s, Piot was sent to Central Africa as part of a team tasked with identifying a grisly new virus. Crossing into the quarantine zone on the most dangerous missions, he studied local customs to determine how this disease – the Ebola virus – was spreading. Later, Piot found himself in the field again when another mysterious epidemic broke out: AIDS. He travelled throughout Africa, leading the first international AIDS initiatives there. Then, as founder and director of UNAIDS, he negotiated policies with leaders from Fidel Castro to Thabo Mbeki and helped turn the tide of the epidemic. Candid and engrossing, No Time to Lose captures the urgency and excitement of being on the front lines in the fight against today’s deadliest diseases.