Other Side of Israel, The

The pioneering autobiographical story of a British Zionist in her fifties who moves to Israel and chooses to live among 25,000 Muslims in the all-Arab Israeli town of Tamra, a few miles from Nazareth.
Susan Nathan’s revelatory book about her new life across the ethnic divide in Israel is already creating international interest. At a time when Middle Eastern politics (in many ways central to the current world disorder) have become mired in endless tit-for-tat killings, Susan Nathan is showing – by her own daily example – that it is perfectly possible for Jews and Arabs to live peacefully together in a single community, recognising their common humanity.
The author’s familiarity with the former injustices of apartheid South Africa enables her to draw telling comparisons with the state of Israel. The increasing segregation of, and discrimintation against, the million-strong Arabic population of Israel is something she witnesses at first hand, but in describing her experiences in Tamra she is as observant of Arab frailties as of Jewish oppression.
Written with warmth, compassion and humour, ‘The Other Side of Israel’ is one courageous woman’s positive life-enhancing response to a situation in which entrenched attitudes lead only to more violence and bloodshed. 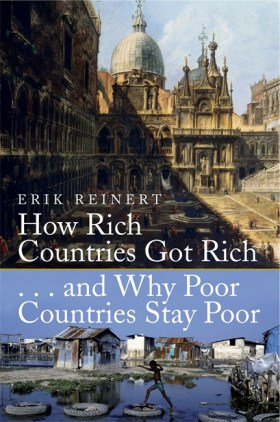 How Rich Countries Got Rich and Why Poor Countries Stay Poor

No rating
How Rich Countries Got Rich is a narrative history of modern economic development from the Italian Renaissance to the present day. In it Erik S. Reinert shows how rich countries developed through a combination of government intervention, protectionism, and strategic investment. Reinert suggests that this set of policies in various combinations has driven successful development from Renaissance Italy to the modern Far East. Yet despite its demonstrable success, orthodox development economists have largely ignored this approach and insisted instead on the importance of free trade. Reinert presents a strongly revisionist history of economics and shows how the discipline has long been torn between the continental Renaissance tradition on one hand and the free market theories of English and later American economics on the other. He argues that our economies were founded on protectionism and state activism and could only later afford the luxury of free trade. When our leaders come to lecture poor countries on the right road to riches they do so in almost perfect ignorance of the real history of mass affluence. Author: Erik Reinert ISBN: 9781845298746
KES 2,390
Add to cart
Quick shop 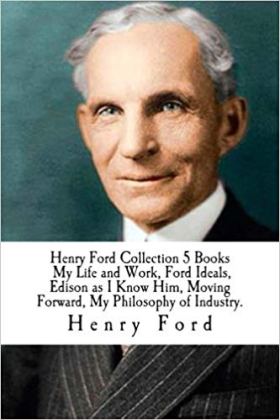 Henry Ford Collection 5 Books My Life and Work, Ford Ideals, Edison as I Know Him, Moving Forward, My Philosophy of Industry

No rating
This volume collects five of the main works written by Henry Ford, the American captain of industry and business magnate, founder of the Ford Motor Company, and sponsor of the development of the assembly line technique of mass production. In his books, he lays down his business methods and ideas, as well as an economic philosophy that was deeply progressive for his time. The five books in this collection are: My life and work, Ford ideals; being a selection from “Mr. Ford’s Page”, in Dearborn independent. Edison as I know him, My philosophy of industry Moving Forward. Author;Henry Ford ISBN; 9781983880346
KES 4,390
Add to cart
Quick shop 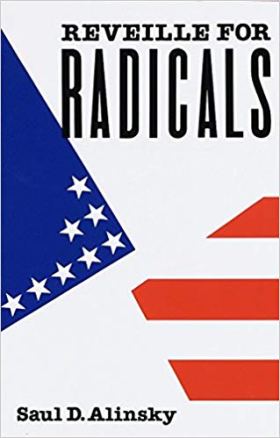 No rating
Legendary community organizer Saul Alinsky inspired a generation of activists and politicians with Reveille for Radicals, the original handbook for social change. Alinsky writes both practically and philosophically, never wavering from his belief that the American dream can only be achieved by an active democratic citizenship. First published in 1946 and updated in 1969 with a new introduction and afterword, this classic volume is a bold call to action that still resonates today. Author; Saul David Alinsky ISBN; 9780679721123
KES 1,650
Read more
Quick shop 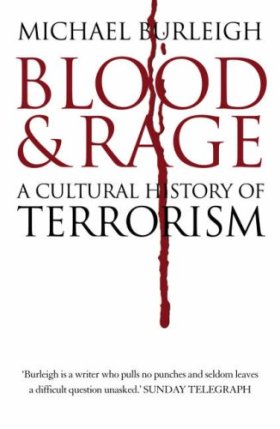 No rating
A far-reaching history of terrorism across the world from its beginnings to the modern-day, from the highly acclaimed author of ‘Sacred Causes’ and ‘Earthly Powers’. Basing his study on a wide range of sources and key players from the world of terrorism, Burleigh explains and defines the meaning of terrorism and marks its progression from its hard to trace beginnings to the modern-day. He begins with the first modern terrorist groups: the Irish Republican Brotherhood – the precursors of the IRA – who played a key role in the formation of an Irish Republican ideology. He goes on to look at Tsarist Russia where the ‘intelligentsia’ launched attacks on organs of state, left-wing fighting against ‘Fascism’ and ‘Nazism’ in the 70’s and 80’s in western Germany and Italy, and Britain and Spain’s long and drawn out battles with their own terrorist groups the IRA and ETA respectively. He ends with the first globally inclusive account of Islamist terrorism since 1980s till the present. Primarily, Burleigh aims to elucidate the mind-set of people who use political violence and explore the background and the milieu of the people involved. He will be interviewing several senior military and police figures who were responsible for security in Northern Ireland, as well as former soldiers who took part in operations such as ‘Bloody Sunday’. He will examine the Middle East which, since 1970’s, has been the world’s epicentre for terrorism and the mythologies and delusions of Islamist radicals. Finally, he makes clear that the west has considerable resources to comprehend and combat terrorism – despite consistently failing to do so – and highlights the shamefully inadequate nature of US public diplomacy. The book also includes a number of practical suggestions as to how terrorism can be combated both ideologically and militarily. ‘Blood and Rage’ is an unrivalled study that sheds an insightful new light, and a refreshingly complex angle, on a plight that threatens to affect the world at large for many years to come and establishes Michael Burleigh as one of the most original, learned and important historians of our time. Author:Michael Burleigh ISBN:9780007242252
KES 2,150
Add to cart
Quick shop 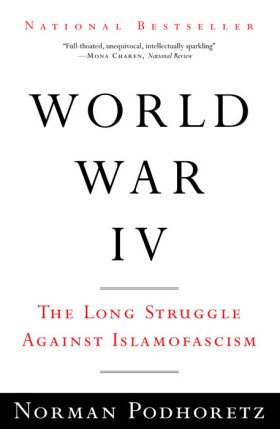 No rating
For almost half a century—as a magazine editor and as the author of numerous bestselling books and hundreds of articles—Norman Podhoretz has helped drive the central political and intellectual debates in this country. Now, in this provocative and powerfully argued book, he takes on the most controversial issue of our time—the war against the global network of terrorists that attacked us on 9/11. Author: Norman Podhoretz ISBN:9780307386021
KES 1,390
Add to cart
Quick shop 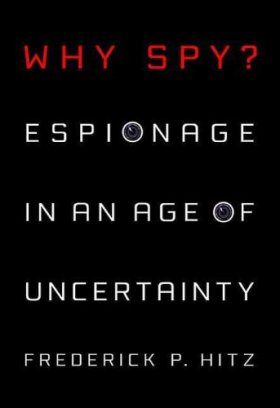 WHY SPY?ESPIONAGE IN THE AGE OF UNCERTAINTY

No rating
What motivates someone to risk his or her life in the shadowy, often dangerous world of espionage? What are the needs and opportunities for spying amid the “war on terrorism”? And how can the United States recruit spies to inform its struggle with Islamic fundamentalists’ acts of anti-Western jihad? Drawing on over twenty-five years of experience, Frederick P. Hitz, a former inspector general of the Central Intelligence Agency, guides the reader through the byzantine structure of the U.S. intelligence community (which agency handles what?), traces the careers and pitfalls of such infamous spies as Robert Hanssen and Aldrich Ames, and explains how the United States must meet the challenges set forth in the Intelligence Reform and Terrorism Prevention Act of 2004. He also describes the transformation of the CIA after the end of the cold war–from 1991 to the present–and outlines a vision for the future of U.S. spying in the twenty-first century. A fascinating glimpse into the inner workings of international espionage and intelligence, Why Spy? is a must-read not only for fans of Tom Clancy and John le Carré, but for anyone concerned about the security of the United States in a post-cold war, post-9/11 world. Author: Frederick P Hitz ISBN:9780312561734
KES 1,500
Add to cart
Quick shop 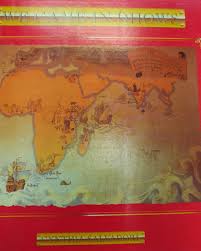 No rating
From the introduction: “This volume has been designed as a companion to Through Open Doors: A View of Asian Cultures in Kenya. Although that book describes the historical background of the various Asian communities [in] Kenya, it has little information about individual people. This book is all about people.” Author;Cynthia Salvadori ISBN; 1001073
KES 7,900
Add to cart
Quick shop 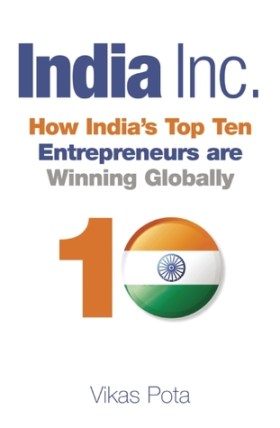 No rating
Pota shortlists 10 Indian high achievers who cover every aspect of India’s growing prowess and highlights what these people have done to make it big. Besides a keen focus on information technology, others profiled work in fields as diverse as pharmaceuticals, biotechnology, banking, manufacturing, entertainment and green energy. A fascinating insight into the minds of movers and shakers behind the success of huge corporations, including Narayana Murthy, Chairman of Infosys, K V Kamath, Chairman of ICICI Bank and role model Kiran Mazumdar Shaw who broke through the male-dominated Indian business world to become Chairwoman of Biocon India, Asia’s largest biotechnology company. Author: Vikas Pota ISBN:9781857885248
KES 2,890
Add to cart
Quick shop 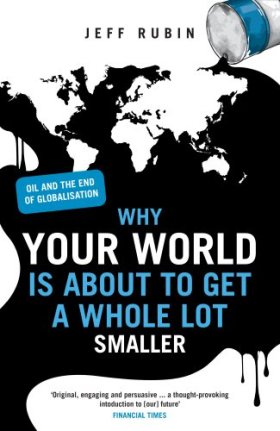 Why Your World Is About To Get A Whole Lot Smaller

No rating
Cheap oil = Foreign imports. Huge houses. Big cars. Binge flying. Expensive oil = Local food. Local industry. Small cars. Fewer flights. Our civilization as we know it is entirely dependant on cheap oil. And that civilization is about to get the shock of its life. Our systems of trade, finance, shipping and manufacturing, of labour and international relations are all going to be affected as oil supplies dwindle and prices fluctuate wildly. Soaring energy costs are not going to get thrown into permanent reverse; but, as a direct result, the machinery of globalization certainly will. For years Jeff Rubin has been accurately predicting how the world’s dwindling oil supply will affect oil prices. Now he shares his predictions for what is going to happen next, including how oil prices will bounce back after the current economnic crisis and why permanently cheap oil is now a thing of the past. He explains why the conventional rules of economics don’t work when it comes to oil markets and shows why prices will continue to rise in the coming years, even as demand increases. He reveals how globalization and developing economies are accelerating depletion of oil reserves and pushing prices ever higher, and in turn shows how this will lead to a new inflation, with higher food prices and transport costs. But there is good news: as Rubin shows, skyrocketing oil prices will lead to a new kind of localised living, in which we’ll reinvigorate our national manufacturing industries, embrace local food production and make positive changes in where and how we live and work. Author: Jeff Rubin ISBN:9780753519639
KES 890
Read more
Quick shop 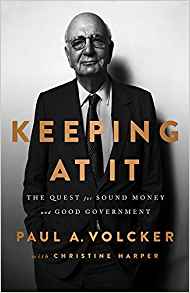 No rating
The extraordinary life story of the former chairman of the Federal Reserve, whose absolute integrity provides the inspiration we need as our constitutional system and political tradition are being tested to the breaking point. As chairman of the Federal Reserve (1979-1987), Paul Volcker slayed the inflation dragon that was consuming the American economy and restored the world’s faith in central bankers. That extraordinary feat was just one pivotal episode in a decades-long career serving six presidents. Told with wit, humor, and down-to-earth erudition, the narrative of Volcker’s career illuminates the changes that have taken place in American life, government, and the economy since World War II. He vibrantly illustrates the crises he managed alongside the world’s leading politicians, central bankers, and financiers. Yet he first found his model for competent and ethical governance in his father, the town manager of Teaneck, NJ, who instilled Volcker’s dedication to absolute integrity and his “three verities” of stable prices, sound finance, and good government. Author;Paul A. Volcker ISBN; 9781541788312
KES 3,150
Add to cart