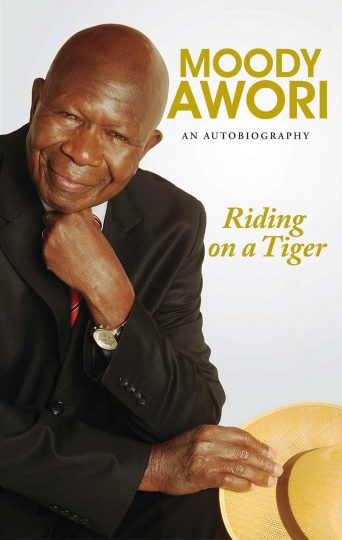 Riding on a Tiger

Riding on a Tiger is the epic journey of discovery. It tells the story of a man lured by both the thrill of adventure and the courage to lose sight of the shore to discover the mysteries of the sea of life. This work seeks to re-constructs the authors beginnings in a large God-fearing family in the early decades of the 20th century and how those beginnings became the anvil
on which his character as an unrelenting businessman and philanthropist were forged. In this bare-all work, Uncle Moody says it all. From how he came to live in whites-only neighbourhoods before his time, through the plunge into the tumultuous world of politics, to what led to the much famed prison reforms. It is a story of a nation as seen through the eyes of one who has seen it all.