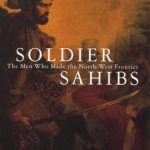 This text retells the story of a brotherhood of young men who together laid claim to one of the most notorious frontiers in the world: India’s north-west frontier, which in the late 1990s forms the volatile boundary between Pakistan and Afghanistan. Known collectively as Henry Lawrence’s Young Men, each had distinguished himself in the East India Company’s wars in the Punjab in the 1840s before going out to carve out names for themselves as politicals on the frontier.;Drawing extensively on the men’s diaries, journals and letters, Charles Allen weaves the individual stories of these Soldier Sahibs together with the tale of how they came together to save British India, ending climatically on Delhi Ridge in 1857.
Author: Charles Allen