In The Sovereignty of Law, Trevor Allan presents an accessible introduction to his influential common law constitutional theory – an account of the unwritten constitution as a complex articulation of legal and moral principles. The British constitution is conceived as a coherent set of fundamental principles of the rule of law, legislative supremacy, and separation of powers. These principles combine to provide an overarching unity of legality, legitimacy,
and democracy, reconciling political authority with individual freedom.

Drawing on the work of Lon Fuller and Ronald Dworkin, Allan emphasizes the normative character of legal interpretation – understanding the implications of statute and precedent by reference to moral ideals of legality and liberty. Allan denies that constitutional law can be reduced to empirical facts about legislative or judicial conduct or opinion. There is no ‘rule of recognition’ from the lawyer’s interpretative viewpoint – only a moral theory of the nature and limits of political authority,
which lawyers must construct in order to make sense of legal and constitutional practice. A genuine republicanism, protecting individual independence, requires the safeguards afforded by judicial review, which must ensure that governmental action is consistent with the rule of law; and the rule of
law encompasses not merely the formal equality of all before the law, as enacted or declared, but a more fundamental idea of equal citizenship. Allan’s interpretative approach is applied to a wide range of contemporary issues of public law; his response to critics and commentators seeks to deepen the argument by exploring the theoretical grounds of these current debates and controversies. 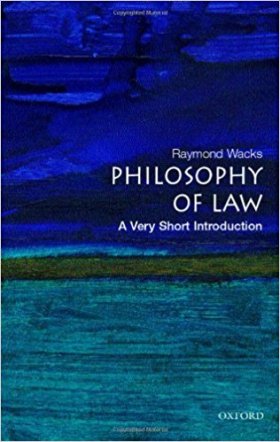 No rating
This lively and accessible introduction to the social, moral, and cultural foundations of law takes a broad scope– spanning philosophy, law, politics, and economics, and discussing a range of topics including women’s rights, racism, the environment, and recent international issues such as the war in Iraq and the treatment of terror suspects. Revealing the intriguing and challenging nature of legal philosophy with clarity and enthusiasm, Raymond Wacks explores the notion of law and its role in our lives. Referring to key thinkers from the classical world to the modern, he looks at the central questions behind legal theory that have always fascinated lawyers and philosophers, as well as anyone who ever wondered about law’s relation to justice, morality, and democracy. Author: Raymond Wacks ISBN:9780199687008
KES 1,500
Add to cart
Quick shop 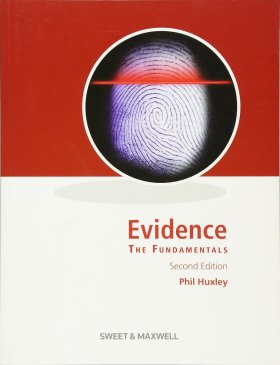 No rating
Evidence is information which is used to inform a judgement. Each of us uses it everyday in making decisions from the trivial to the pivotal. In its legal context, evidence is a complex area of study. This book examines this topic. Author: Phil Huxley ISBN:9780414044593
KES 5,600
Add to cart
Quick shop 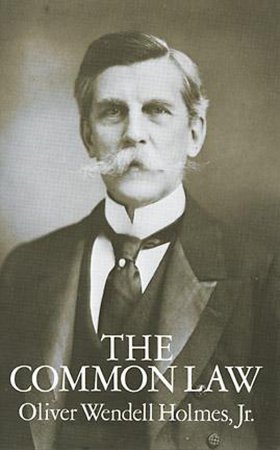 No rating
Oliver Wendell Holmes, Jr. (1841–1935) is generally considered one of the two greatest justices of the United States Supreme Court, Chief Justice John Marshall being the other. In more than 2000 opinions, he delineated an impressive legal philosophy that profoundly influenced American jurisprudence, particularly in the area of civil liberties and judicial restraint. At the same time, his abilities as a prose stylist earned him a position among the literary elite. In The Common Law, derived from a series of lectures Author: Oliver Wendell Holmes ISBN:9780486267463
KES 1,850
Read more
Quick shop 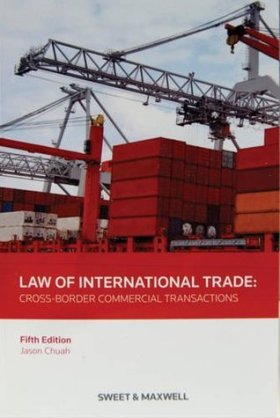 No rating
Law of International Trade is now a well-established textbook on this complicated and fast moving area of law. This book offers the reader a comprehensive and solid explanation of law and practice with an analysis of the theoretical and doctrinal issues, thus, making it an ideal textbook for students on both academic and professional courses. It is also an invaluable resource for practitioners and those engaged in international commercial operations, such as shipping, trade finance, cargo insurance, cross border litigation, international sales, etc. Author: Jason Chua ISBN:9780414023253
KES 6,890
Add to cart
Quick shop 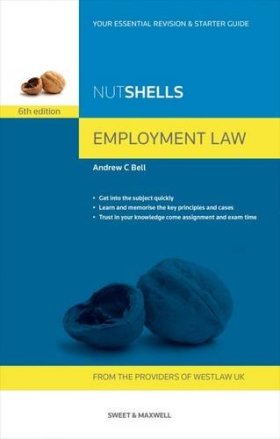 No rating
An essential revision and starter guide, presenting the essentials of the law in clear and straightforward language. Features such as diagrams and checklists make Nutshells easy to use, while the inclusion of model questions and answer plans help students test their knowledge. Nutshells are an essential revision aid and ideal for getting fully up to speed with a new subject. Enables the reader to gain a concise overview of the subject’s major theories, developments, cases and legislation – ideal for when the reader is new to a subject or needs to brush up before exams Content is more sophisticated than other revision titles, encouraging engagement with content rather than memorising cases Key definitions, cases and legislation are boxed throughout – quickly get up to speed on a subject A model question with answer plan is included at the end of each chapter to help students get top marks, including how to translate knowledge to exam performance, how to approach the question, how to structure the answer, pitfalls and how to avoid them Diagrams throughout to visualise and reinforce complex points Includes documents such as tables of cases and statutes, lists of exam tips and lists of web resources The text is broken down into manageable bite-sized chunks and bullets to aid navigation, assimilation and retention of information Each chapter opens with a short introduction to outline the key concepts covered and condense complex and important information – so that students know what they need to commit to memory by the end of the chapter The longest running revision series on the market, relied upon and trusted by students for over 30 years Author: Andrew C. Bell ISBN:9780414035867
KES 2,400
Add to cart
Quick shop

No rating
Criminal lawyer Marta Richter is hours away from winning an acquittal for her client, millionaire businessman Elliot Steere, on trial for the murder of a homeless man who had tried to carjack him. But as the jury begins deliberations, Marta discovers the chilling truth about her client’s innocence. Taking justice into her own hands, she furiously sets out to prove the truth, with the help of two young associates. In an excruciating game of beat-the-clock with both the jury and the worst blizzard to hit Philadelphia in decades, Marta will learn that the search for justice isn’t only rough—it can also be deadly. Author: Lisa Scottoline ISBN:9780007305223
KES 890
Read more
Quick shop 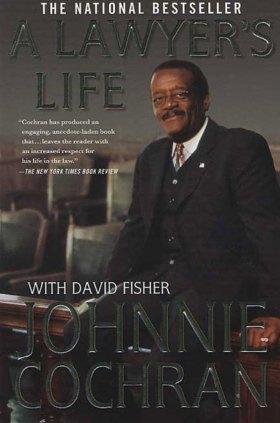 No rating
The most famous lawyer in America talks about the law, his life, and how he has won. Johnnie Cochran has been a lawyer for almost forty years. In that time, he has taken on dozens of groundbreaking cases and emerged as a pivotal figure in race relations in America. Cochran gained international recognition as one of America’s best – and most controversial lawyers – for leading ‘the Dream Team’ defense of accused killer O.J. Simpson in the Trial of the Century. Many people formed their perception of Cochran based on his work in that trial. But long before the Simpson trial and since then Johnnie Cochran has been a leader in the fight for justice for all Americans. This is his story. Cochran emerged from the trial as one of the nation’s leading African-American spokespersons – and he has done most of his talking through the courtroom. Abner Louima. Amadou Diallo. The racially-profiled New Jersey Turnpike Four. Sean “P. Diddy” Combs. Patrick Dorismond. Cynthia Wiggins. These are the names that have dominated legal headlines – and Cochran was involved with each of them. No one who first encountered him during the Simpson trial can appreciate his impact on our world until they’ve read his whole story. Drawing on Cochran’s most intriguing and difficult cases, A Lawyer’s Life shows how he’s fought his critics, won for his clients, and affected real change within the system. This is an intimate and compelling memoir of one lawyer’s attempt to make us all truly equal in the eyes of the law. Author: Johnnie Cochran ISBN:9780312319670
KES 2,000
Read more
Quick shop 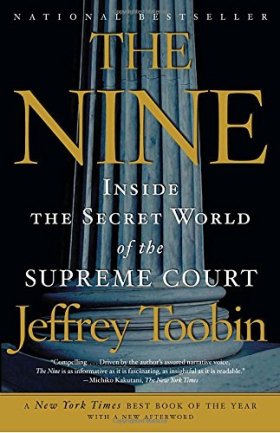 NINE,THE:INSIDE THE SECRET WORLD OF THE SUPREME COURT

No rating
Acclaimed journalist Jeffrey Toobin takes us into the chambers of the most important and secret legal body in our country, the Supreme Court, revealing the complex dynamic among the nine people who decide the law of the land. An institution at a moment of transition, the Court now stands at a crucial point, with major changes in store on such issues as abortion, civil rights, and church-state relations. Based on exclusive interviews with the justices and with a keen sense of the Court s history and the trajectory of its future, Jeffrey Toobin creates in The Nine a riveting story of one of the most important forces in American life today. Author: Jeffrey Toobin ISBN:9781400096794
KES 2,000
Add to cart
Quick shop 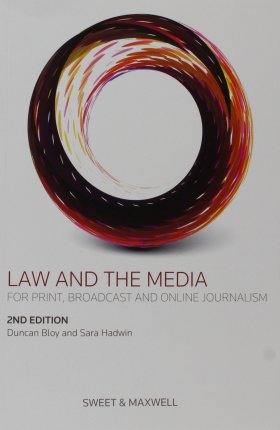 No rating
All journalists, whether practising or in training must be aware of the legal environment in which they operate. This book addresses all the areas of media law, which affect practising journalists on a daily basis. Using examples from real reporting situations it helps the reader not only to understand and recognise the implications of media law on print and broadcast journalism, but also offers practical guidance on how a journalist can work without legal contravention. Author: Duncan Bloy, Sara Hadwin ISBN:9780414046108
KES 4,000
Read more
Quick shop 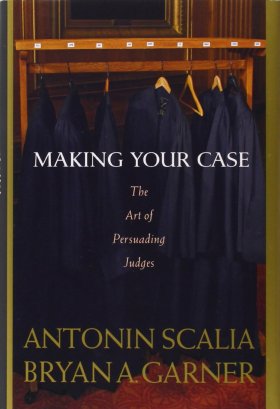 Making Your Case: The Art of Persuading Judges

No rating
In their professional lives, courtroom lawyers must do these two things: speak persuasively and write persuasively. In this noteworthy book, two of the most noted legal writers of our day – Justice Antonin Scalia and Bryan A. Garner – systematically present every important idea about judicial persuasion in a fresh, entertaining way. Making Your Case: The Art of Persuading Judges is a guide for novice and experienced litigators alike. It covers the essentials of sound legal reasoning, including how to develop the syllogism that underlies any argument. From there the authors explain the art of brief writing, expecially what to include and what to omit, so that you cn induce the judge to focus closely on your arguments. Finally they show what it takes to succeed in oral argument. The opinions of Justice Scalia are legendary for their sharp insights, biting wit, and memorable phrasing. Author: Antonin Scalia, Bryan A Garner ISBN:9780314184719
KES 5,000
Read more