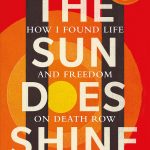 Sun Does Shine: How I Found Life and Freedom on Death Row

Sun Does Shine: How I Found Life and Freedom on Death Row

‘Both [Nelson Mandela and Ray Hinton] emerged from their incarceration with a profound capacity to forgive…The Sun Does Shine is amazing and heartwarming’ Desmond Tutu, Nobel Peace Prize laureate

‘This incredibly moving chronicle…is one staggering revelation after another…’ Independent

Anthony Ray Hinton was poor and black when he was convicted of two murders he hadn’t committed. For the next three decades he was trapped in solitary confinement in a tiny cell on death row, having to watch as – one by one – his fellow prisoners were taken past him to the execution room. Eventually his case was taken up by the award-winning lawyer, Bryan Stevenson, who managed to have him exonerated, though it took 15 years for this to happen. Since his release, other high-profile supporters have included Richard Branson, Mark Zuckerberg and Amal Clooney.

How did Hinton cope with the mental and emotional torture of his situation, and emerge full of compassion and forgiveness? The Sun Does Shine throws light not only on his remarkable personality but also on social deprivation and miscarriages of justice. Ultimately, though, it’s a triumphant story of the resilience of the human spirit.