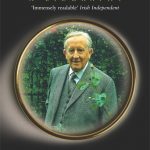 The first general interest Tolkien biography to appear since Humphrey Carpenter’s biography was published in 1975.
* The second ‘Lord of the Rings’ movie will be universally screened from December 2002.

There are few writers who can claim the popularity and enduring appeal of J.R.R. Tolkien. His celebrated novels have sold in excess of 160 million copies, and are in large part responsible for seeding the entire genre of fantasy fiction.

Now, renowned biographer Michael White looks back over the little-known life of this most treasured of writers. In absorbing and revealing detail, he chronicles Tolkien’s childhood years and the tragic early death of his parents; his burgeoning romance with Edith Brett; his many years as an Oxford academic; his friendship with C.S. Lewis and the founding of ‘The Inklings’ group. White describes why Tolkien’s writing took off so spectacularly – and how The Lord of the Rings became the must-read of the late Sixties counter-culture.

Informed and fascinating, Tolkien is the fascinating story of how the man who created The Hobbit became one of the giants of modern literature.