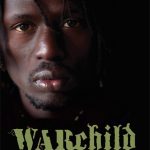 The extraordinary and inspirational story of a young boy soldier in the Sudan People’s Liberation Army.
Emmanuel Jal was seven years old when he became a soldier and went into battle with the rebel army in Sudan’s bloody civil war. Believing he was being sent to school, Emmanuel trekked his way to a refugee camp in Ethiopia where he became one of the Lost Boys of Sudan.

After nearly five years of fighting, Emmanuel was smuggled into Kenya by Emma McCune, a British aid worker, and finally began to have a childhood and an education. When Emma died tragically, Emmanuel struggled to find purpose in life but eventually – through the power of prayer and music – he succeeded.

From child soldier, to refugee, to rap star, War Child is one boy’s incredible story of survival and triumph.