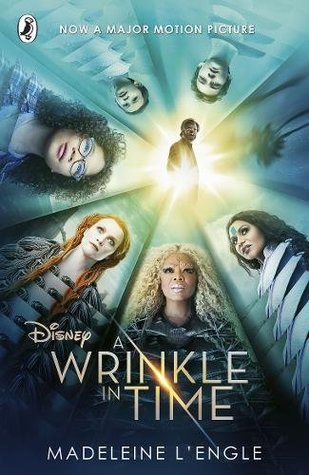 Disney takes the classic sci-fi adventure, A Wrinkle in Time to the silver screen! With an all-star cast that includes Oprah Winfrey, Reese Witherspoon, Mindy Kaling, Chris Pine, and newcomer Storm Reid, the major motion picture brings the world of Wrinkle to life for a new generation of fans.

When Charles Wallace Murry goes searching through a ‘wrinkle in time’ for his lost father, he finds himself on an evil planet where all life is enslaved by a huge pulsating brain known as ‘It’. How Charles, his sister Meg and friend Calvin find and free his father makes this a very special and exciting mixture of fantasy and science fiction, which all the way through is dominated by the funny and mysterious trio of guardian angels known as Mrs Whatsit, Mrs Who and Mrs Which.

This movie tie-in edition of the timeless novel features the complete, unabridged original text, and an introduction by the film’s director, Ava DuVernay.