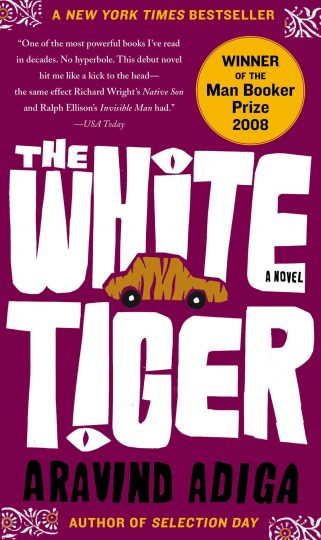 WINNER OF THE MAN BOOKER PRIZE 2008

Balram Halwai is the White Tiger – the smartest boy in his village. His family is too poor for him to afford for him to finish school and he has to work in a teashop, breaking coals and wiping tables. But Balram gets his break when a rich man hires him as a chauffeur, and takes him to live in Delhi. The city is a revelation. As he drives his master to shopping malls and call centres, Balram becomes increasingly aware of immense wealth and opportunity all around him, while knowing that he will never be able to gain access to that world. As Balram broods over his situation, he realizes that there is only one way he can become part of this glamorous new India – by murdering his master.

The White Tiger presents a raw and unromanticised India, both thrilling and shocking – from the desperate, almost lawless villages along the Ganges, to the booming Wild South of Bangalore and its technology and outsourcing centres. The first-person confession of a murderer, The White Tiger is as compelling for its subject matter as for the voice of its narrator – amoral, cynical, unrepentant, yet deeply endearing.