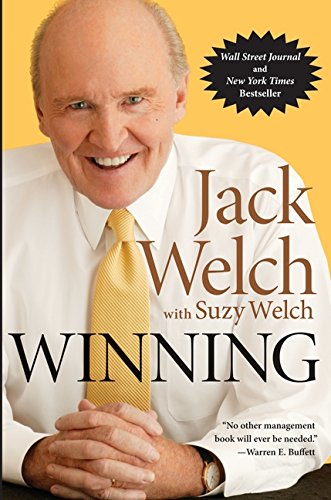 Jack Welch knows how to win. During his forty-year career at General Electric, he led the company to year-after-year success around the globe, in multiple markets, against brutal competition. His honest, be-the-best style of management became the gold standard in business, with his relentless focus on people, teamwork, and profits.

Since Welch retired in 2001 as chairman and chief executive officer of GE, he has traveled the world, speaking to more than 250,000 people and answering their questions on dozens of wide-ranging topics.
Inspired by his audiences and their hunger for straightforward guidance, Welch has written both a philosophical and pragmatic