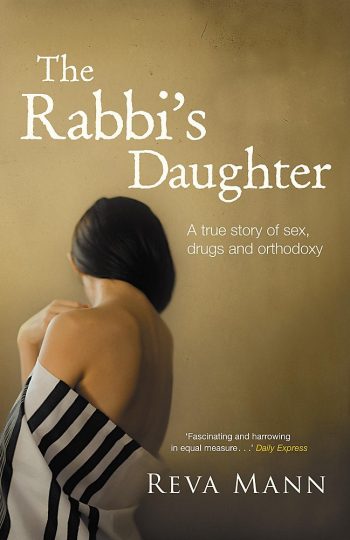 Brutally honest, beautifully written, THE RABBI’S DAUGHTER is the compulsive story of a woman trying to find love, and struggling to make peace with her faith, her parents, and ultimately herself.

Reva Mann was a wild child. Granddaughter of the Chief Rabbi of Israel and daughter of a highly respected London Rabbi, she rebelled strongly and so began a desperate search to discover who she was. In a whirlwind of sex and drugs, Reva strove to leave her strict family life behind her and find her own path.

When, years later, Reva decides she wants to return to her Jewish faith, she leaves London and enters a woman’s yeshiva in Jerusalem. Driven by a strong yearning to return to a higher level of spirituality, she is determined to find a strictly orthodox holy man to marry and have children. So Reva begins a new life, wanting to suppress her former desires and needs, and to find her way to God.

In this honest and often shocking memoir, Reva presents to us the secret world of ultra Orthodox Judaism. Fascinating insights into modern day matchmakers, ritual baths, sexual codes of conduct and Jewish practice are depicted, and Revas journey is brought to life in stunning detail.