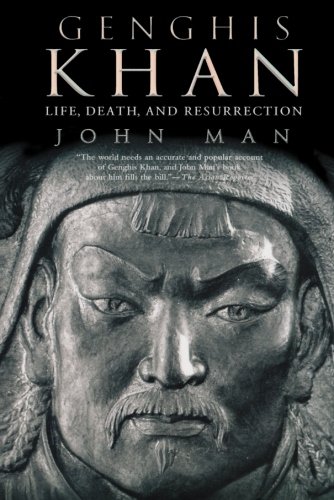 Genghis Khan is one of history’s most immortals: a leader of genius and the founder of the world’s greatest land empire – twice the size of Rome’s. His mysterious death in 1227 placed all at risk, so it was kept a secret until his heirs had secured his conquests. Secrecy has surrounded him ever since. His undiscovered grave, with its imagined treasures, remains the subject of intrigue and speculation.
Today Genghis is by turns scourge, hero, and demigod. To Muslims, Russians and Europeans, he is a mass murderer. Yet in his homeland, Mongols revere him as the nation’s father; Chinese honour him as a dynastic founder; and in both countries, worshipers seek his blessing.
This book is an enthralling account of the man himself and of the passions that surround him today. For in legend, ritual, and controversy, Genghis lives on.