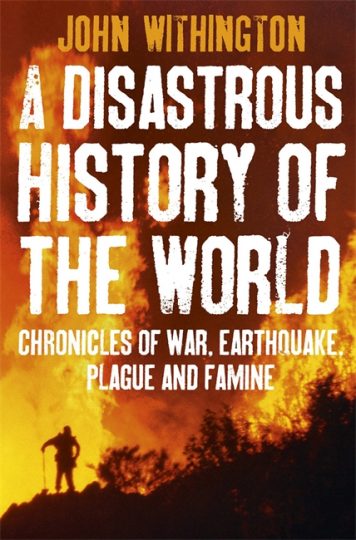 A Disastrous History of the World

A compulsively readable collection of all the nastiest things that have afflicted mankind
Tsunamis, earthquakes, floods, bird flu, international terrorism – the world seems to get more dangerous by the day. Or does it? John Withington’s disturbing yet fascinating new book describes the worst things that have happened on Earth from the dawn of man to the present day.

John Withington takes the reader on an epic journey through the annals of the nastiest things to have afflicted mankind. Out of all this horror, he has somehow fashioned a compulsively readble and entertaining book.