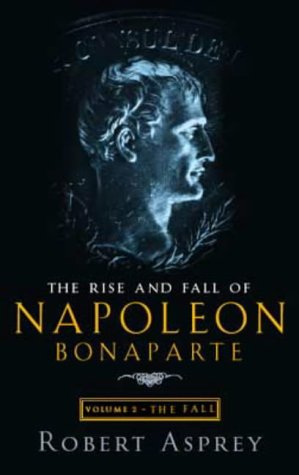 This second volume of Robert Asprey’s biography of Napoleon Bonaparte completes his monumental study of one of history’s most enigmatic, complex and fascinating figures.
The Fall chronicles the latter part of Bonaparte’s life, from his military triumph at Austerlitz in 1805 to his death sixteen years later. It describes the aftermath of Napoleons most famous victory, and the trade blockade with England that laid the foundations for his demise; the disastrous 1812 invasion of Russia; his 1814 deposition and subsequent return to power, his defeat at Waterloo and his final years on the island of St. Helena.