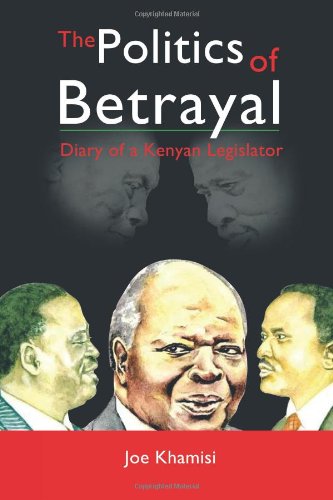 In this provocative treatise, author Joe Khamisi catalogues the events that took place during one of Kenya’s most important periods in history. This period began in 2002, when Daniel Arap Moi stepped down after twenty-four years as president of Kenya. Khamisi reviews events up to the time when the country exploded in post-election violence in 2007 and the subsequent formation of the Grand Coalition Government between President Mwai Kibaki and Raila Amolo Odinga the following year. Khamisi explores the leadership betrayals that he believes are responsible for the political, social, and economic rot that are pervasive in Kenya. He recounts how he helped a presidential poll loser in the 2007 elections, Stephen Kalonzo Musyoka, capture the coveted role of vice president. He also presents an in-depth analysis of Senator Barack Obama’s visit to Kenya in 2006, as well as his own personal experiences with Barack’s late father, who he describes as a person who “chain-smoked contentedly, drank copiously, and partied spiritedly.” The Politics of Betrayal is critical reading for anyone who is interested in the transformation of Kenya from a one-party dictatorship to a pluralistic nation.