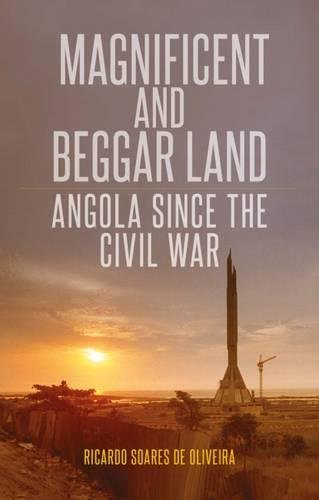 Magnificent and Beggar Land is a powerful account of fast-changing dynamics in Angola, an important African state that is a key exporter of oil and diamonds and a growing power on the continent. Based on three years of research and extensive first-hand knowledge of Angola, it documents the rise of a major economy and its insertion in the international system since it emerged in 2002 from one of Africa’s longest and deadliest civil wars.The government, backed by a strategic alliance with China and working hand in glove with hundreds of thousands of expatriates, many from the former colonial power, Portugal, has pursued an ambitious agenda of state-led national reconstruction. This has resulted in double-digit growth in Sub-Saharan Africa’s third largest economy and a state budget in excess of total western aid to the entire continent.Scarred by a history of slave trading, colonial plunder and war, Angolans now aspire to the building of a decent society. How has the regime, led by President Jose Eduardo dos Santos since 1979, dealt with these challenges, and can it deliver on popular expectations?Soares de Oliveira’s book charts the remarkable course the country has taken in recent years.