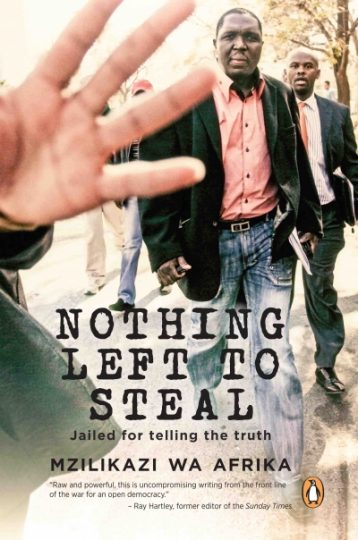 Nothing Left To Steal

This tell-all memoir reveals the details behind Sunday Times journalist Mzilikazi wa Afrika’s exposure of the R1.7 billion lease scandal between police commissioner Bheki Cele and property tycoon Roux Shabangu, for which he was infamously arrested in 2010.

It is also the riveting account of how a neglected boy in an unknown village became one of South Africa’s most awarded investigative reporters and found himself at the receiving end of the corruption that had defeated those he helped put in power.

Fearless in the face of corrupt authorities with sinister political motives, and fervent about justice, Wa Afrika’s life was characterised by resistance to oppression and inequality from an early age. Destined to defend and uphold the principles of democracy, his story is the inspiring tale of an ordinary man, armed with a pen, who challenged the proverbial giant that carried a sword in his sheath.