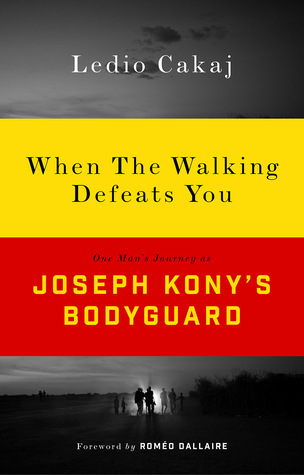 When the Walking Defeats You

The Lord’s Resistance Army (LRA), a cultish Christian rebel group operating in Uganda and in other parts of Eastern and Central Africa, has been accused of widespread human rights violations for decades. It has been reviled for its use of child soldiers and sexual slavery, as well as for waging a long campaign of violence and terror across a large swathe of the region. Educated and harboring humanitarian dreams of becoming a teacher, George Omona would thus seem an unlikely recruit for the LRA. And yet, after he was expelled from high school, Omona was caught by the charismatic pull of the LRA’s messianic leader, Joseph Kony, and he came to think that joining the group might be his best chance for rebuilding his life. When the Walking Defeats You is his unlikely and powerful story.

Drawing on hours of interviews with Omona, Ledio Cakaj here offers a rare and fascinating insider account of one of the world’s most notorious terrorist groups. As Cakaj describes, Omona’s education and fluent command of English allowed him to rapidly rise through the ranks and eventually become a personal bodyguard to Kony himself. At Kony’s side, Omona spent almost three years with the group before finally making his escape, and his personal account of those years provides unique, unsettling, and often brutal insight into the inner workings of the LRA as well as the mind of its self-appointed prophet.