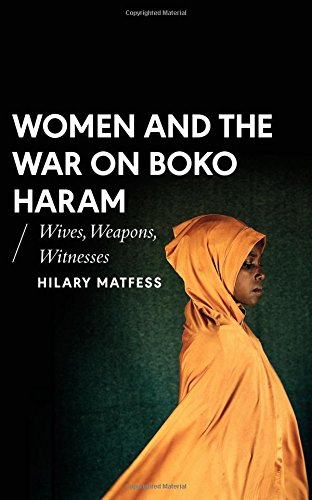 For over a decade, Boko Haram has waged a campaign of terror across northeastern Nigeria. In 2014, the kidnapping of 276 girls in Chibok shocked the world, giving rise to the #BringBackOurGirls movement. Yet Boko Haram’s campaign of violence against women and girls goes far beyond the Chibok abductions. From its inception, the group has systematically exploited women to advance its aims. Perhaps more disturbing still, some Nigerian women have chosen to become active supporters of the group, even sacrificing their lives as suicide bombers. These events cannot be understood without first acknowledging the long-running marginalisation of women in Nigerian society.

Having conducted extensive fieldwork throughout the region, Hilary Matfess provides a vivid and thought-provoking account of Boko Haram’s impact on the lives of Nigerian women, as well as the wider social and political context that fuels the group’s violence.