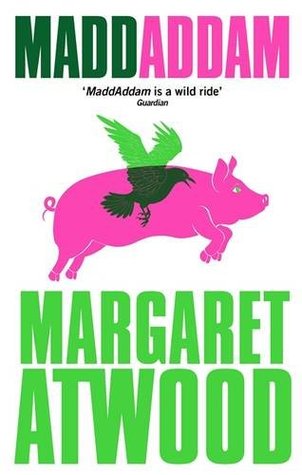 A man-made plague has swept the earth, but a small group survives, along with the green-eyed Crakers – a gentle species bio-engineered to replace humans. Toby, onetime member of the God’s Gardeners and expert in mushrooms and bees, is still in love with street-smart Zeb, who has an interesting past. The Crakers’ reluctant prophet, Snowman-the-Jimmy, is hallucinating; Amanda is in shock from a Painballer assault; and Ivory Bill yearns for the provocative Swift Fox, who is flirting with Zeb. Meanwhile, giant Pigoons and malevolent Painballers threaten to attack. Told with wit, dizzying imagination, and dark humour, Booker Prize-winning Margaret Atwood’s unpredictable, chilling and hilarious MaddAddam takes us further into a challenging dystopian world – a moving and dramatic conclusion to the internationally celebrated trilogy that began with Oryx and Crake and The Year of the Flood.