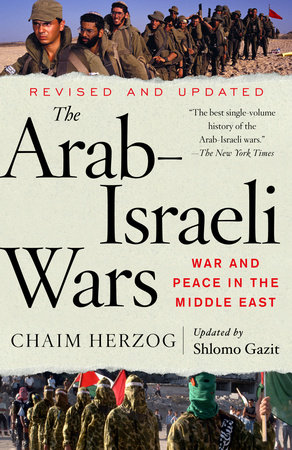 The Arab-Israeli Wars is former President of Israel Chaim Herzog’s acclaimed history of Israel’s fight since 1947 to preserve her existence against repeated attacks. Revised after his death by friend and colleague General Shomo Gazit, this new edition also covers the events of the past twenty years, including the pullout from Lebanon, both intifadas, the first Gulf War, the Oslo Process, and beyond. Riveting, informative, and comprehensive, this authoritative account tells the story of Israel’s struggle to survive but gives a clear picture of the people and politics that continue to shape the destiny of this crucial region.