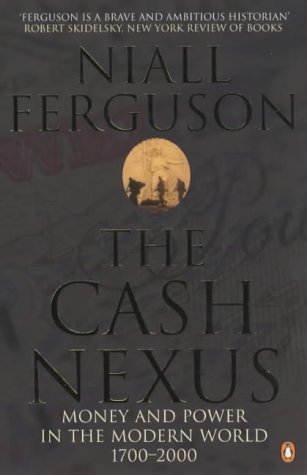 The Cash Nexus is the controversial history of money’s central place in the world, from Niall Ferguson, bestselling author of Empire and Civilization

Generations of historians have shied away from the truth behind the cliche: money makes the world go around. International bestseller Niall Ferguson answers the big questions about finance and its crucial place in bringing happiness and despair, warfare and welfare, boom and crash to nations buffeted by the onward march of history. Starting in 1700 and ending today, The Cash Nexus is a dazzling, powerful and controversial explanation of modern world history and the fundamental force that lurks behind it all.