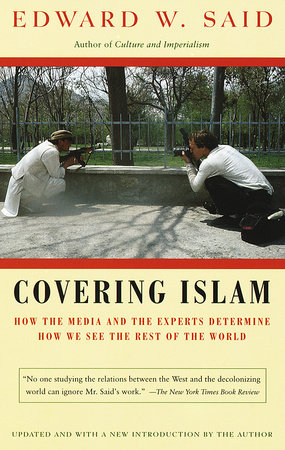 In this classic work, now updated, the author of Culture and Imperialism reveals the hidden agendas and distortions of fact that underlie even the most “objective” coverage of the Islamic world.

From the Iranian hostage crisis through the Gulf War and the bombing of the World Trade Center, the American news media have portrayed “Islam” as a monolithic entity, synonymous with terrorism and religious hysteria. At the same time, Islamic countries use “Islam” to justify unrepresentative and often repressive regimes. Combining political commentary with literary criticism, Covering Islam continues Edward Said’s lifelong investigation of the ways in which language not only describes but also defines political reality.