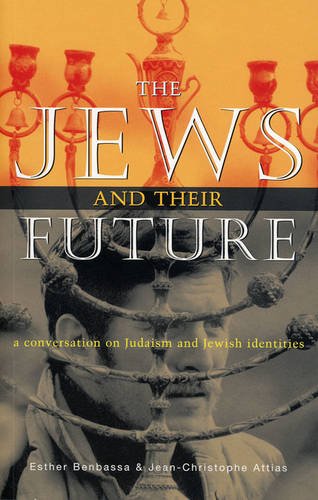 Jews and Their Future, The

Against a backdrop of rebuilt identities, pious myths and even outright bias, Esther Benbassa and Jean-Christophe Attias open a dialogue in the course of which they upset conformist discourses and received ideas. What if the Jews are not the ‘descendants’ of the Hebrews? If their Book is less the Bible than the Talmud? If medieval judeophobia cannot be identified with modern anti-Semitism? If Orthodoxy is not a return to the sources but a new creation? If Zionism has succeeded precisely thanks to its failures? And if the time has come to stop denying the tensions that exist between Israel and the Diaspora? Between Ashkenazis and Sephardis? Between fundamentalists and liberals? And if, in particular, the transformation of the memory of the Holocaust into what amounts to a secular religion is now the main barrier to the universalism that, with exile and the celebration of life, has always been at the heart of Jewish experience? If these are valid topics for debate, then posing the question of the future of the Jews should certainly not be beyond discussion. This provocative and illuminating dialogue, open to all of us, explores the very foundations of our culture with precisely that authentic knowledge and freedom of thought the new century is in search of. Esther Benbassa and Jean-Christophe Attias are professors of Jewish History and Culture at the Ecole Pratique des Hautes Etudes, Sorbonne, Paris. Much of the work of these two outstanding Jewish scholars, including their Dictionary of Jewish Civilization and their book on Israel: The Impossible Land, has been translated into many different languages.