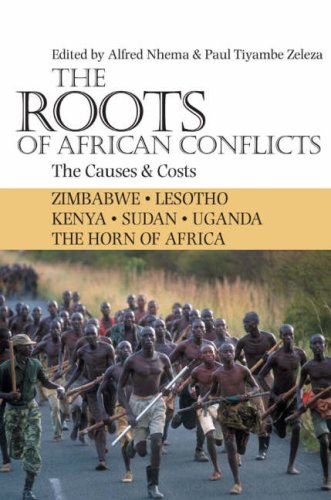 ROOTS OF AFRICAN CONFLICT, THE

Violent conflicts have exacted a heavy toll on Africa’s societies, polities and economies. The causes of conflict are too often examined by scholars from the countries that run the proxy wars and sell the arms to fuel them. This volume offers theoretically sophisticated, empirically grounded and compelling analyses of the roots of African conflicts. ‘…The studies in these two books seek to advance our understanding of African conflicts by going beyond the conventional and fashionable analyses of Africanist scholarship, often inflected with, if not infected by, Afropessimism, or the simplistic stereotypes conveyed in the western media that is infused with Afrophobia….these conflicts must be understood in comparative perspective, not in isolation. Violent conflict in Africa is indeed part of the human drama, but the tendency to impose universalist models of conflict driven from stylized western experiences or faddish theorising must be resisted… such paradigms lead to poor analysis and bad policy. Conflict is too serious a matter, and its costs too grave, for glib modeling or lazy journalistic speculation uninformed by the histories of, and unmindful of the concrete conditions in, the societies under scrutiny.’ – From the introduction by Paul Tiyambe Zeleza Published in association with OSSREA North America: Ohio U Press; South Africa: Unisa Press