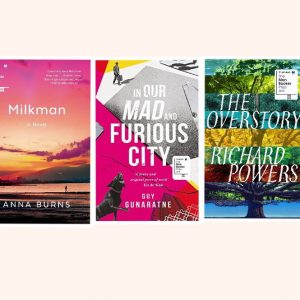 An award that celebrates the finest fiction has to offer. The Oscars for literature if you may. Tuxedos, fancy venue, and royalty make up the Man Booker Prize evening each year. This award has the power to set the spotlight on astonishingly underrated authors. I probably would not have found authors like Paul Beatty and Marlon James had it not been for the stir they made with this award. They have since become undoubtedly a part of my holy grail. While there are some unworthy entries, the Booker has without fail introduced me to a number of brilliant authors who have me clamoring to get into their backlog while eagerly waiting for the next book to drop.

This year was no different. Of all the discoveries from this year’s award, my highlights are the prose and riveting substance found in Guy Gunaratne, Richard Powers, and Anna Burns’ novels. These are in every sense of the words must reads. Without further a due, let us delve in to what this year’s award had to bring us.

In Our Mad and Furious City by Guy Gunaratne

Spanning 48 hours in a London housing estate, the story follows the lives of three young men, Selvon, Yusuf, and Ardan – all from minority backgrounds. These are the voices of ‘London’s scowling youth’. The memories of two older members of this multi-racial community, Caroline and Nelson also play a part, recounting their own violent histories. Confrontations which shaped their lives a generation before. Gunaratne intertwines past and current violence, showing that every generation has its own wave of radicalism. While it is a book about London, it struck me how the book can be used to describe our mad and furious world, plagued with extremism and radicalism. 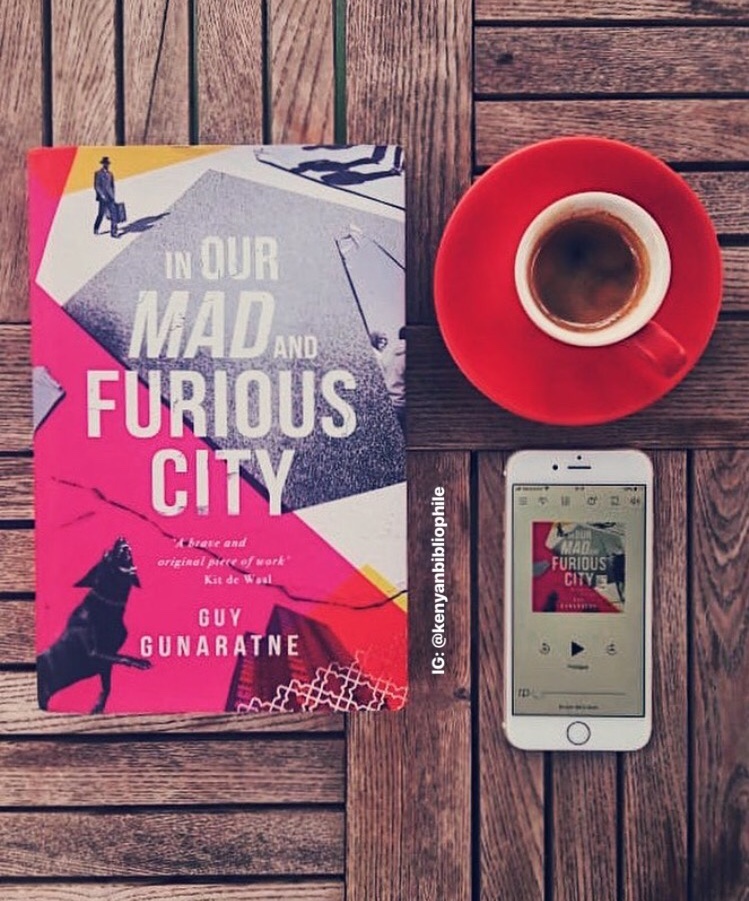 The connection to Sam Selvon is beautifully done and I particularly enjoyed how grime music features as a backdrop in the book. A blend of classic literature and modern hip hop, who would’ve thought? The prose is poetic and makes use of colorful street slang to address the dynamic of the relationship between themes such as race & class, love & friendship, toxic masculinity & tenderness, radicalism & choice. Gunaratne serves despair and hope in equal measure. In Our Mad and Furious City is a book saturated with humanity

Quote to Know: “And now I know. I know that on the night of the riot, when the fury blinded the way, I ran not for cowardice but for love. And doing anything for love in a city that deny it, is a rebellion.”

The Overstory by Richard Powers

The Overstory is a beautiful and sorrowful love story for nature. It both enriches and makes you feel insignificant; to carry you on spiritual highs and despairing lows. One that will make your heart heavy, because it is full. It is a marvel of a book.

More so, the structure of the book mirrors that of a tree. Just how freaking brilliant is that?

The first section of the book is titled ‘Roots’. This is where Powers introduces nine characters through individual short stories. Short stories SO good they can be published on their own. These ‘novellas’ are the roots of the tree which then converge into the second part of the book titled ‘Trunk’. The characters dramatic environmental awakening and activism makes the trunk of the story. The third section is called ‘Crown’ as a symbol of where a catastrophe occurs which forces the characters to branch out on their own separate journey. And the final section deals with the long term unforeseen consequences of their actions, titled ‘Seeds’, where their stories re-germinate. Throughout the book, Powers will make trees come alive and then gently mock you for thinking that any one person can make trees live. Duh, they have been alive since the beginning of time. As humans we are wired to relate to things that look like us and move at our speed, so for Powers to make trees the protagonists and actually wing it is an incredible feat. 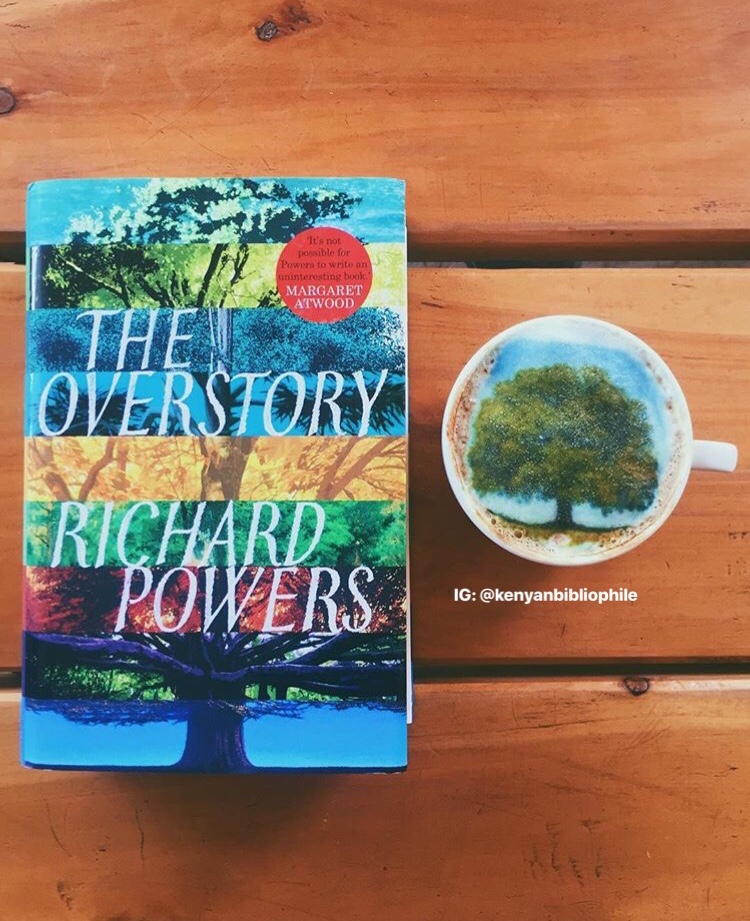 I will be honest and admit I have, in the past, not had any special sensitivity to trees. I see reports on the media everyday about global warming and the extinction of different species but I have always been indifferent. Then along came The Overstory.

In fact, there is a specific scene in the book, where one of the characters says something along the lines of “arguments do not change people’s minds but good stories do.” This could not be closer to the truth. So thank you, Richard Powers, for planting a seed of consciousness in anyone who will pick up this story.

It becomes apparent towards the end that the story is not really about saving trees but saving ourselves – from ourselves. As he writes so beautifully, “Life is so generous. And we are so… inconsolable.”

Set in Northern Ireland during the Troubles, the story is narrated by the middle sister, already marked by the community as odd because she reads 19th century novels while walking. She tries to keep her mother from finding out about her maybe-relationship with her maybe-boyfriend and tries to keep everyone in the dark about her encounter with the Milkman while swatting away advances from Somebody McSomebody and her first brother-in-law. Bizarre premise, yes?! Add Anna Burns’ stream of consciousness style of writing and I can see why many readers would be put off. I wouldn’t say I was immediately drawn into Burns’ style but I was rewarded generously for sticking it in. After the 50-page mark I acclimatized to her style and the writing appeared, dare I say, normal! 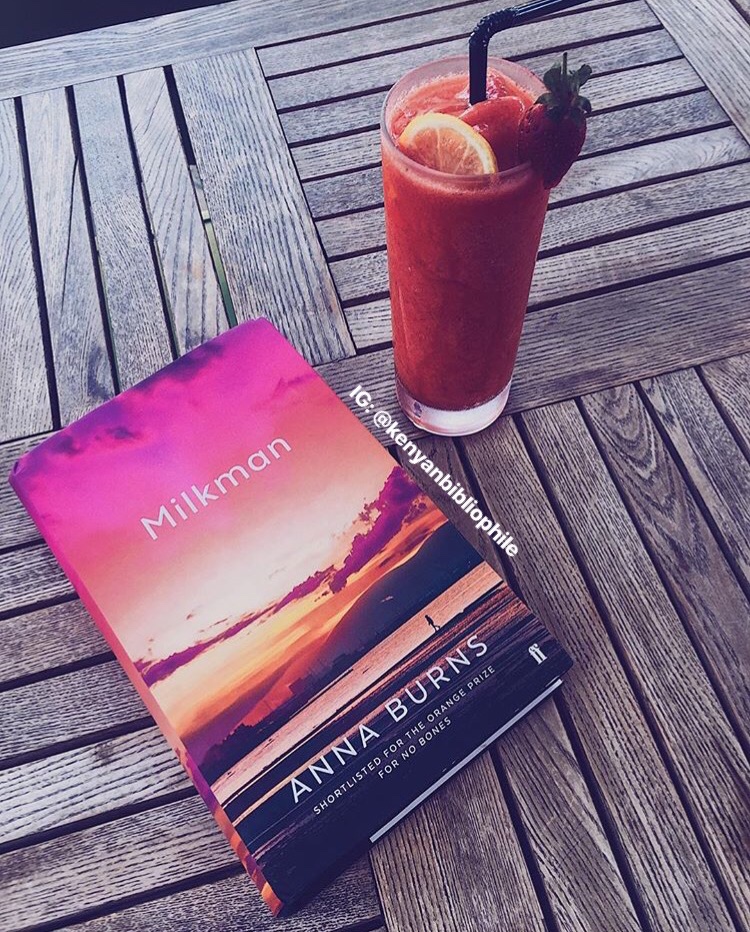 It has a bit of everything – dark humor and sizzling dialogue, with an innovative use of language. Milkman has an energy and playfulness to the writing which is at odds with the ghastly world of the free-spirited protagonist. It explores the paranoia of living in politically charged communities, the pressure on women to conform to society’s expectations, and how difficult it is to hold on to your sanity in the midst of all that jazz. Not only is it a book about the tribal/political/religious differences, it is also a book for the Me-Too generation. Burns captures the sorry state of our society with gusto and humor. The entire novel is written in a continuous stream of consciousness. (who needs paragraphs anyway?!) The book avoids giving the characters/places distinct names yet it still manages to adorn the dark setting with playful prose. Anna Burns is a badass novelist.

“I was too buzzy to read, thinking of teacher, of her manner of saying there were sunsets every day, that we weren’t meant to be coffined and buried, whilst all the time still living, that nothing of the dark was so enormous that never could we surmount it, that always there were new chapters, that we must let go of the old, open ourselves to symbolism, to the most unexpected of interpretations, that we must too uncover what we’ve kept hidden, what we think we might have lost. ‘Implement a choice, dear class’, she said. ‘Come out from those places. You never know,’ she concluded, ‘the moment of the fulcrum, the pivot, the turnaround, the instant when the meaning of it all will appear’.”