The Macondo Literary Festival celebrates African histories and futures featured in fictional and non-fictional works, bringing together, for the first time on the continent, Brazilian, Anglophone, Lusophone and Francophone African writers in conversation across and beyond the limits of language. It is organized by the Macondo Book Society. 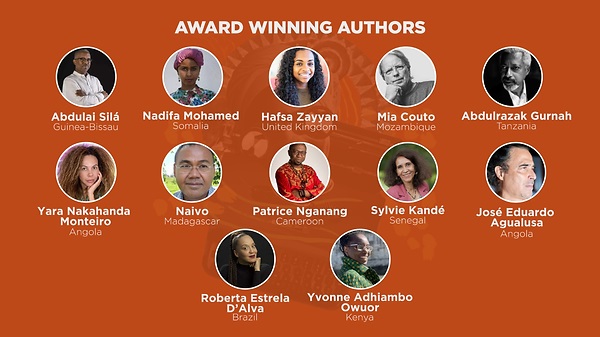 Opening Ceremony featuring:
Two opening roundtables with our guest artists
Short readings from the works of our guest authors by The Orature Collective with Mshai Mwangola, Aleya Kassam

Literary Histories and Memory Making
For her latest novel “The Fortune Men”, shortlisted for the 2021 Booker Prize, writer Nadifa Mohamed says she left her country of birth, Somalia, for the first time imaginatively. How do authors create memory? How do artistic memories infuse their idea and sense of the future?
A session with an author who writes histories into memories like few others.
Moderator: Angela Wachuka

Meet the author: José
Eduardo Agualusa (Angola)
An introduction to one of the most important writers from Africa – why, what and how he writes, and why his readers lose all sense of reality.
Moderator: Beverly Ochieng

Inscribing Africa* What do we have in common? How do our similarities and differences set us up for a future as Africans and as citizens of the world? With authors Patrice Nganang (Cameroon/ USA), José Eduardo Agualusa (Angola) and Yvonne Adhiambo Owuor (Kenya) whose writing and whose lives are deeply rooted in the continent.
Moderator: Mshai Mwangola

Where is Africa?
We are building our world* The setting of a story is a crucial aspect of writing. How do authors create imaginary spaces that are distinctly African? How do we extend our horizon of what Africa is – and what it is not?
Moderator: Abubakar Adam Ibrahim with Mia Couto (Mozambique), Abdulrazak Gurnah (Tanzania/ UK), Nadifa Mohamed (Somalia/ UK) and Hafsa Zayyan (UK)
Moderator: Natasha Kimani

Alive and Aloud! Insurgent voices in a time of chaos
In this transatlantic spoken word performance, poets Slim Shaka (Kenya) and Roberta Estrela D’Alva (Brazil) reflect on the similarities and differences of colonialism in Kenya and Brazil, how it affected people and morphed them into today’s social and political structures.

Meet the author:
Abdulai Silá (Guinea-Bissau)
He has written about emerging political awareness in an Africa beginning to challenge Portuguese colonial rule – bringing his little-known country to vivid life for his readers. What else can we learn about an author who believes that a writer can play an important role in the pursuit of legitimate aspirations for freedom and development throughout Africa?
Moderator: Lucy Mulli

The first ever
Coming from Guinea-Bissau and Madagascar, two historical fiction novels are the first literary output of these countries to be translated into English: What does it mean to writers Abdulai Silá (Guinea-Bissau) and Naivo (Madagascar) – and their countries?
What stories are they telling, and what stories have we been missing? Why are these first translated works novels of historical fiction, of all topics?
Moderator: Natasha Kimani

Africa Book Launch: Patrice Nganang (Cameroon)
“The dream of Cameroon is contradictory”, says novelist and scholar Patrice Nganang after completing a historical trilogy about his
homeland Cameroon in which he tries to reimagine a nation. He shares his journey searching for Cameroon‘s past only to find – what exactly?
Moderator: Beverly Ochieng’

African Oral Storytelling:
A Technological Speculation Virtual Reality (VR) artist Melisa Allela introduces the concept of storytelling using VR Beings and mixed reality. Can the
performative and participatory traditions of African oral storytelling be realized using new technologies? The audience will be able to participate in the digital retelling of an old tale via VR Headsets.

Writing with Light:
Film and Explorations
We will screen PUMZI (2009), a science fiction short film by Kenyan film maker Wanuri Kahiu. Afterwards, Wanuri will be in conversation with film scholar Rachael Diang‘a on science fiction storytelling and its role in the imagination of African futures. PUMZI came out 13 years ago: What film would Wanuri Kahiu make today, in light of the acceleration of the climate crisis? What future does she imagine today?

“Becoming a writer was not an ambition”

From creating a new life at 18, not being able to get a literary agent to winning the Nobel Prize for Literature 2021: Abdulrazak Gurnah in conversation with scholar Mshai Mwangola about his life and why he refuses to represent anyone but himself

Tragedy, Horror, Dystopia;
Hope and Earth Futures* How do we write our lives when the world is in turmoil – due to the climate crisis and its effects, the threat of wars, shifting geopolitical paradigms, and the disillusionment of the youth? A conversation with Yvonne Adhiambo
Owuor (Kenya), Abdulai Silá (Guinea-Bissau), Abdulrazak Gurnah (Tanzania/ UK) and Patrice Nganang (Cameroon/ USA)
Moderator: Abdi Latif Dahir

The Macondo Book Society, a non-profit organization founded by journalist Anja Bengelstorff and award-winning Kenyan author Yvonne Adhiambo Owuor, seeks to organize regular literary festivals that promote literature and authors of and from Africa beyond linguistic borders, to initiate and encourage the engagement of a wider public with literature and its creators as a means of societal growth. 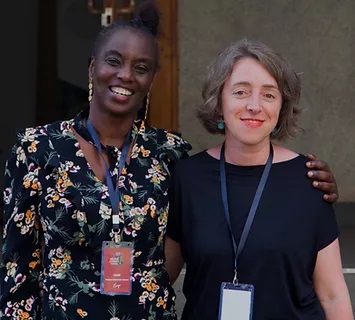