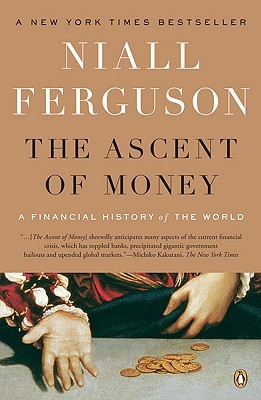 ASCENT OF MONEY, THE

Niall Ferguson follows the money to tell the human story behind the evolution of our financial system, from its genesis in ancient Mesopotamia to the latest upheavals on what he calls Planet Finance. What?s more, Ferguson reveals financial history as the essential backstory behind all history, arguing that the evolution of credit and debt was as important as any technological innovation in the rise of civilization. As Ferguson traces the crisis from ancient Egypt?s Memphis to today?s Chongqing, he offers bold and compelling new insights into the rise? and fall?of not just money but Western power as well. 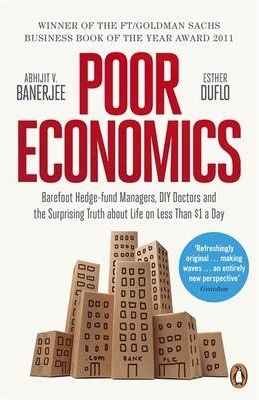 Poor Economics: The Surprising Truth about Life on Less Than $1 a Day

No rating
Winner of the FT Goldman Sachs Business Book of the Year Award 2011 Why would a man in Morocco who doesn’t have enough to eat buy a television? Why do the poorest people in India spend 7 percent of their food budget on sugar? Does having lots of children actually make you poorer? This eye-opening book overturns the myths about what it is like to live on very little, revealing the unexpected decisions that millions of people make every day. Looking at some of the most paradoxical aspects of life below the poverty line – why the poor need to borrow in order to save, why incentives that seem effective to us may not be for them, and why, despite being more risk-taking than high financiers, they start businesses but rarely grow them – Banerjee and Duflo offer a new understanding of the surprising way the world really works. Author: Abhijit V. Banerjee, Esther Duflo ISBN:9780718193669
KES 1,550
Add to cart
Quick shop

No rating
What happens when advances in technology allow many things to be produced for more or less nothing? And what happens when those things are then made available to the consumer for free? In his groundbreaking new book, The Long Tail author Chris Anderson considers a brave new world where the old economic certainties are being undermined by a growing flood of free goods – newspapers, DVDs, T-shirts, phones, even holiday flights. He explains why this has become possible – why new technologies, particularly the Internet, have caused production and distribution costs in many sectors to plummet to an extent unthinkable even a decade ago. He shows how the flexibility provided by the online world allows producers to trade ever more creatively, offering items for free to make real or perceived gains elsewhere. He pinpoints the winners and the losers in the Free universe. And he demonstrates the ways in which, as an increasing number of things become available for free, our decisions to make use of them will be determined by two resources far more valuable than money: the popular reputation of what is on offer and the time we have available for it. In the future, he argues, when we talk of the ‘money economy’ we will talk of the ‘reputation economy’ and the ‘time economy’ in the same breath, and our world will never be the same again. Author: Chris Anderson ISBN:9781905211494
KES 1,400
Add to cart
Quick shop 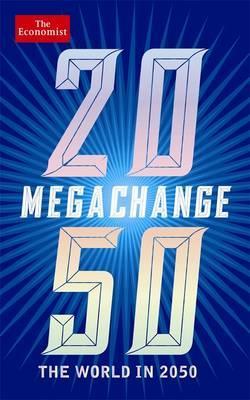 No rating
In 2050 there will be 9.3 billion people alive – compared with 7 billion today – and the number will still be rising. The population aged over sixty-five will have more than doubled, to more than 16 per cent; China’s GDP will be 80 per cent more than America’s; and the number of cars on India’s roads will have increased by 3,880 per cent. And, in 2050 it should be clear whether we are alone in the universe. What other megachanges can we expect – and what will their impact be? This comprehensive and compelling book will cover the most significant trends that are shaping the coming decades, with each of its twenty chapters elegantly and authoritatively outlined by Economist contributors, and rich in supporting facts and figures. It will chart the rise and fall of fertility rates across continents; how energy resources will change in light of new technology, and how different nations will deal with major developments in science and warfare. Megachange is essential reading for anyone who wants to know what the next four decades . Author: Daniel Franklin ISBN:9781846685859
KES 2,190
Read more
Quick shop 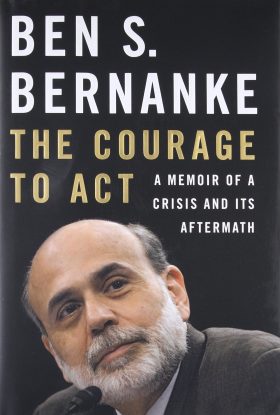 No rating
In 2006, Ben S. Bernanke was appointed chair of the Federal Reserve, capping a meteoric trajectory from a rural South Carolina childhood to professorships at Stanford and Princeton, to public service in Washington’s halls of power. There would be no time to celebrate, however-the burst of the housing bubble in 2007 set off a domino effect that would bring the global financial system to the brink of meltdown. In The Courage to Act, Ben Bernanke pulls back the curtain on the tireless and ultimately successful efforts to prevent a mass economic failure. Working with two U.S. presidents and two Treasury secretaries, Dr. Bernanke and his colleagues used every Fed capability, no matter how arcane, to keep the U.S. economy afloat. From his arrival in Washington in 2002 and his experiences before the crisis, to the intense days and weeks of the crisis itself, and through the Great Recession that followed, Dr. Bernanke gives readers an unequaled perspective on the American economy. This narrative will reveal for the first time how the creativity and decisiveness of a few key leaders prevented an economic collapse of unimaginable scale. Author:Ben S Bernanke ISBN:9780393353990
KES 4,500
Read more
Quick shop 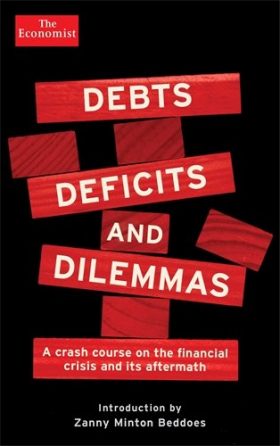 No rating
This short guide brings together five crucial Economist briefs on aspects of the financial crisis and its consequences into a single, easily-digestible volume. With an introduction by the Economist’s Editor-in-Chief, Zanny Minton Beddoes, this is an essential read for anyone interested in the financial crisis and its global repercussions. A free companion work-ebook for teachers and students is available, to extend the discussions raised by the book’s varied topics, which include: Zanny Minton Beddoes’ Introduction. Minton Beddoes explains the significance of the financial crisis for the current state of the global economy and its prospects. The origins of the financial crisis. The effects of the financial crisis are still being felt five years on. What were its causes? The dangers of debt. The role debt and deleveraging have played in the turmoil. Monetary policy after the crash. The unconventional methods central bankers have adopted to stimulate growth in the wake of the crisis. Stimulus v. austerity. The surge in public debt and the debate about how quickly governments should cut back. Making banks safe. The best way to make banks safer without killing lending. Author: Zanny Minton-Beddoes ISBN:9781781253786
KES 1,150
Add to cart
Quick shop 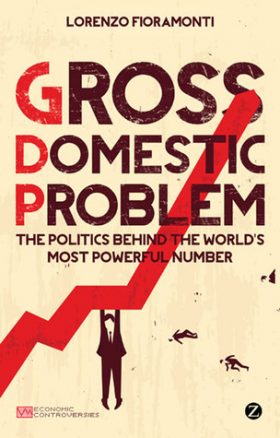 No rating
Gross Domestic Product (GDP) is arguably the most well-known statistic in the contemporary world. It drives government policy and sets priorities in a variety of vital social fields – from schooling to healthcare. Yet this it has come to be regarded by many as a “problem.” Does our quality of life really improve when our economy grows 2 or 3%? Can we continue to sacrifice the environment in the name of infinite economic growth? In Gross Domestic Problem, Lorenzo Fioramonti takes apart the “content” of GDP – what it measures, what it doesn’t and why – and reveals the powerful political interests that have allowed it to dominate today’s economies. He also shows that an alternative is possible. Author:Lorenzo Fioramonti ISBN:9781780322728
KES 1,790
Add to cart
Quick shop 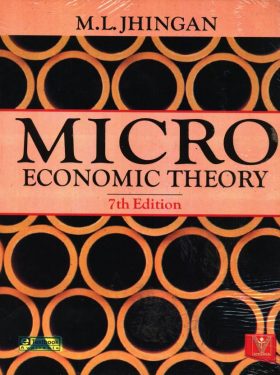 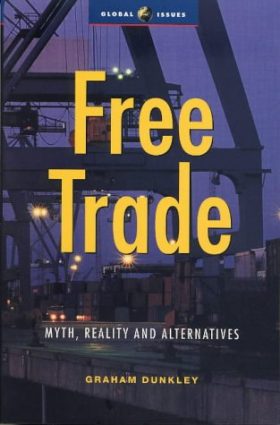 No rating
In this book Australian economist, Graham Dunkley, explains and critiques the crucial concept of free trade. A policy of free trade is central to today’s world-dominating globalization project. The more euphoric globalists uncritically assume that it has universal and unequivocal benefits for all people and countries. And the perpetual negotiations of the World Trade Organization are wholly based on this presumption. Graham Dunkley shows, however, that leading economists have always been more sceptical about free trade doctrine than the dogmatic globalizers realize. There are more holes in free trade theory than its advocates grasp. And the benefits of free trade in practice are more limited and contingent than they acknowledge. He also argues that the World Bank’s long-time push for export-led development is misguided. A more democratic world trading order is necessary and possible. And more interventionist, self-reliant trade policies are feasible, especially if a more holistic view of economic development goals is adopted. Author: Graham Dunkley ISBN:9781856498630
KES 1,790
Add to cart
Quick shop 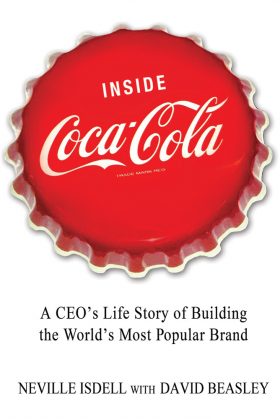 No rating
Neville Isdell was a key player at Coca-Cola for more than thirty years, retiring in 2009 as Chairman after rebuilding the tarnished brand image of the world’s leading soft-drink company. Inside Coca-Cola tells an extraordinary personal and professional worldwide story, ranging from Northern Ireland to South Africa to Australia, the Philippines, Russia, Germany, India, South Africa, and Turkey. Isdell helped put out huge public-relations fires (India and Turkey), opened markets (Russia, Eastern Europe, the Philippines, and Africa), championed Muhtar Kent, the current Turkish-American CEO, all while living the ideal of corporate responsibility. Isdell’s—and Coke’s—story is newsy without being gossipy; principled without being preachy, and filled with stories and lessons appealing to anyone who has ever taken “the pause that refreshes.” It’s also a readable and important look at how companies can market and govern themselves more—ethically and to great success. Author: Neville Isdel & David Beasley ISBN:9781250013712
KES 1,590
Add to cart
Quick shop 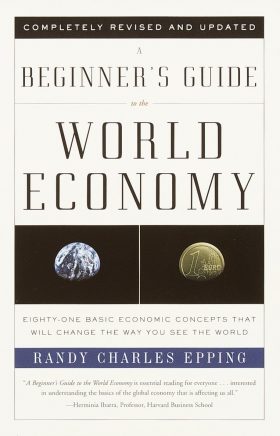 BEGINNER’S GUIDE TO THE WORLD ECONOMY,A

No rating
In a time of rapid change in the world economy, this fascinating, concise, and user-friendly primer is the most reliable tool for keeping track of what’s happening. What is the new economy? What is globalization? Is the euro the final seal on European Union? How is e-commerce transforming our world beyond economics? What is virtual money, and does it have real value? How do social concerns and societal ills (drugs, poverty, AIDS, endangered natural resources) play a part in the rapidly changing world economy? What are multinationals, and do they signal the end of nationalism? These and many other pertinent issues are addressed in an enlightening and entertaining handbook for those who want to be economically literate (and who doesn’t?). Author: Randy Charles Epping ISBN:9780375725791
KES 1,550
Add to cart