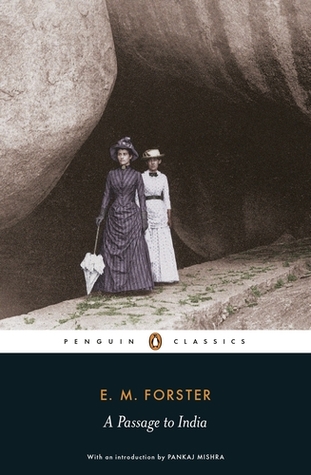 A PASSAGE TO INDIA

When Adela Quested and her elderly companion Mrs Moore arrive in the Indian town of Chandrapore, they quickly feel trapped by its insular and prejudiced ‘Anglo-Indian’ community. Determined to escape the parochial English enclave and explore the ‘real India’, they seek the guidance of the charming and mercurial Dr Aziz, a cultivated Indian Muslim. But a mysterious incident occurs while they are exploring the Marabar caves with Aziz, and the well-respected doctor soon finds himself at the centre of a scandal that rouses violent passions among both the British and their Indian subjects. A masterly portrait of a society in the grip of imperialism, A Passage to India compellingly depicts the fate of individuals caught between the great political and cultural conflicts of the modern world.