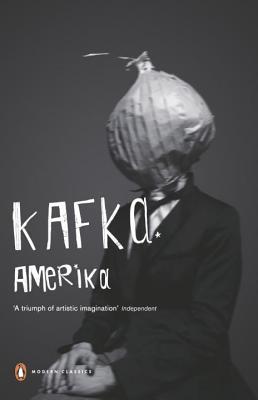 Kafka’s first and funniest novel, Amerika tells the story of the young immigrant Karl Rossmann who, after an embarrassing sexual misadventure, finds himself “packed off to America” by his parents. Expected to redeem himself in this magical land of opportunity, young Karl is swept up instead in a whirlwind of dizzying reversals, strange escapades, and picaresque adventures.

Although Kafka never visited America, images of its vast landscape, dangers, and opportunities inspired this saga of the “golden land.” Here is a startlingly modern, fantastic and visionary tale of America “as a place no one has yet seen, in a historical period that can’t be identified,” writes E. L. Doctorow in his new foreword. “Kafka made his novel from his own mind’s mythic elements,” Doctorow explains, “and the research data that caught his eye were bent like rays in a field of gravity.”