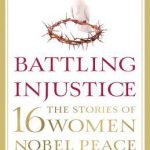 ‘Supriya Vani’s book will educate people about gender equality and inspire women to rise up to their potential. It will inspire parents not to clip the wings of their daughters. All our girls are meant for stars, and they need equality and freedom to flourish.’ -Nobel Peace laureate Malala Yousafzai and her father Ziauddin Yousafzai Malala Yousafzai, Tawakkol Karman, Ellen Johnson Sirleaf, Leymah Gbowee, Shirin Ebadi – these women and others like them shaped the history of their peoples through their fight against political persecution, social deprivation and gender discrimination. The Nobel Peace Prize memorializes their achievements and courage and ability to inspire hope in others. Through the life portraits of sixteen women Nobel Peace laureates, peace activist and journalist Supriya Vani argues that the fate of the world is inextricably tied to the emancipation of women, and that the cause of world peace urgently requires women leaders. These stories, the result of six years of painstaking research and many interviews, show how we have much to learn from the laureates, from the events that shaped their work to their inner journey of spirit. Women in the workplace, at home, as mothers and nurturers, as leaders, will all find something to take away from this collection. Battling Injustice is an authentic record of women’s cultural history, told through the lives of some of the most remarkable women since modernity. ‘The lives of the women Nobel Peace laureates detailed in this book by Supriya Vani are clear evidence of my belief that women are naturally more sensitive to others’ needs and well-being. They have greater potential for expressing love and affection. Therefore, when, as now, compassionate leadership is required, women should take on a greater role in making this world a better place.’ -His Holiness the Dalai Lama ‘Supriya Vani’s stories of Nobel Peace laureates amount to much more than a sincere tribute to some of the world’s most fearless women. By bringing us their voices, their vulnerabilities, their wisdom, she inspires us all to make a difference in the world by tapping into our better selves.’ -Arianna Huffington, co-founder of The Huffington Post ‘A monumental effort by a vivacious young woman on the human potential for goodness.’ -Sharon Stone, American actress and human rights activist ‘Since 1999, Nobel Peace Prize laureates have been gathering to reaffirm their commitment to peaceful means of resolving the world’s problems. I admire the contribution of women laureates, their energy and warmth. As shown in this book by Supriya Vani, they give their hearts to our common efforts and to the younger generations that will continue their great work.’ -Mikhail Gorbachev, former president of the Soviet Union ‘Supriya Vani’s book is for everyone across the globe. I am sure it will spur many souls to tread the path of humanitarian service, to choose a life of peace and love.’ -Nobel Peace laureate Tawakkol Karman ‘This book will inspire and motivate young people to work for peace.’ -Cherie Blair, British barrister and spouse of former British prime minister Tony Blair ‘I recommend this book to the youth. It can inspire them to reach their goals.’ -Nobel Peace laureate Shirin Ebadi ‘Supriya Vani rightly highlights the fact that the world needs more women leaders, who are spiritually, mentally and emotionally equipped to bring peace to our planet.’ -Nobel Peace laureate Rigoberta Menchu Tum ‘I hope those who read this book will feel inspired to work for disarmament and peace.’ -Nobel Peace laureate Mairead Maguire ‘In February of 2017, at the XVI World Summit of Nobel Peace laureates held in Bogota, I had the happy opportunity to meet with six of my fellow female laureates. They represent the values of courage, determination, generosity and solidarity shared by millions of women around the planet, who strive each day to make a better, freer and more peaceful world. That is why I welcome and cherish this book by Supriya Vani – the stories of all the sixteen women Nobel Peace laureates must be known. They are a source of inspiration for our youth and every one of us.’ -Juan Manuel Santos Calderon, president of Colombia and a Nobel peace laureate