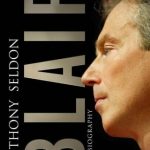 When Tony Blair entered Downing Street on 2 May 1997 Britain seemed a different place. On that brilliant spring day the country suddenly appeared fresher, brighter — a marked contrast to the greyness of the dog days of the Major government. That early optimism was in large part a reaction to the personality of Blair himself. The acceptable face of a Labour Party he had already modernised beyond recognition, his charisma and drive won two successive three-figure majorities. But with the triumphs have come allegations of arrogance, of hubris. Was this an inevitable consequence of supreme, almost presidential power, or were these traits always there? We know Blair is a religious man, but what really motivates him? Rejecting the constraints of formal biography, Anthony Seldon has produced a profile of the Prime Minister that rewrites the bibliography of Blair studies. Focusing on the curious interplay between the key episodes of his life and career and the key advisers he has courted so ardently, it assesses the Blair psychology in all its forms, including his pathological fear of alienating middle-class voters and his unprecedented contempt for the media. Gripping and revelatory, it is a major book about the man who has shaped modern Britain.