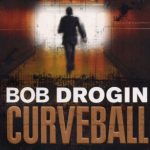 ‘Curveball’ was the codename given to the mysterious defector whose first-hand evidence on Saddam’s weapons of mass destruction proved vital in giving the Bush administration the excuse it needed to invade Iraq.

The only problem – this ‘evidence’ was nothing more than a pack of lies.

Pulitzer Prize-winning journalist Bob Drogin has written the definitive account of the most notorious intelligence fiasco in US history, revealing how squabbling, arrogance and incompetence within the various intelligence agencies allowed one man’s lies to spread higher and higher up the chain of authority, eventually reaching the White House itself.

Breathlessly paced and shockingly revelatory, Curveball is an explosive true-life account of how honour and dishonesty amongst spies led to the UK and the US becoming embroiled in a catastrophic war.