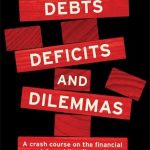 This short guide brings together five crucial Economist briefs on aspects of the financial crisis and its consequences into a single, easily-digestible volume. With an introduction by the Economist’s Editor-in-Chief, Zanny Minton Beddoes, this is an essential read for anyone interested in the financial crisis and its global repercussions. A free companion work-ebook for teachers and students is available, to extend the discussions raised by the book’s varied topics, which include:

Zanny Minton Beddoes’ Introduction. Minton Beddoes explains the significance of the financial crisis for the current state of the global economy and its prospects.
The origins of the financial crisis. The effects of the financial crisis are still being felt five years on. What were its causes?
The dangers of debt. The role debt and deleveraging have played in the turmoil.
Monetary policy after the crash. The unconventional methods central bankers have adopted to stimulate growth in the wake of the crisis.
Stimulus v. austerity. The surge in public debt and the debate about how quickly governments should cut back.
Making banks safe. The best way to make banks safer without killing lending.